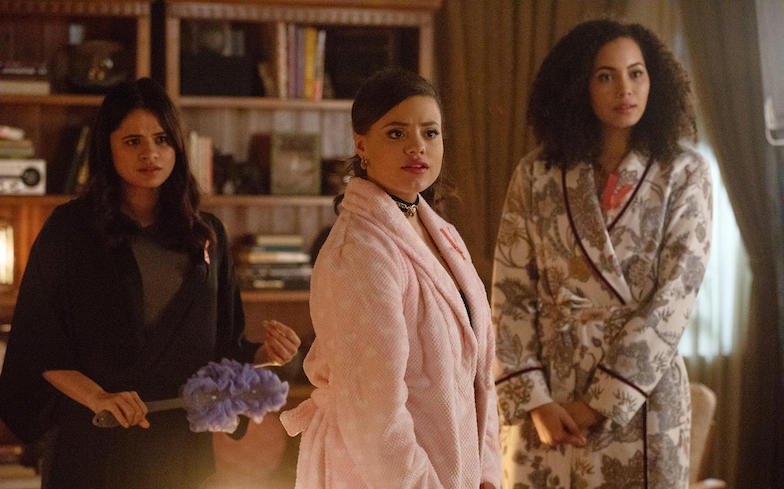 Charmed has officially been renewed for a sophomore season.

Despite receiving mixed reviews from critics, the reboot of the fan-favourite fantasy series has pulled in steady numbers for the network, which eventually led to The CW revealing earlier this week that it’s coming back for a second instalment.

Network president Mark Pedowitz said in a statement: “This season, we expanded our primetime schedule to six nights with the addition of Sunday — which has been an unqualified success for the network, our affiliates and our advertisers.

“In addition to growing our schedule across the week, we also continue to add more year-round programming. We look forward to building on this with even more returning and new shows as we approach the May upfront.”

Charmed follows three sister witches who discover that they’re ‘The Power of Three’, the most powerful witches in the world. They must use their powers to vanquish demons and the forces of darkness etc.

Unlike the original series, it features an LGBTQ character in Mel Vera (Melonie Diaz), a “strong-willed feminist” lesbian in her mid-20s with a police detective girlfriend called Niko Hamada. Like Piper Halliwell, she can freeze time.

Ever since the reboot was announced last year, it’s been the subject of much controversy. Holly Marie Combs – who played Piper in the original – has been particularly outspoken. When the reboot was deemed a “fierce, funny and feminist” version of the show, she slammed the network.

And Alyssa Milano – who portrayed Phoebe Halliwell –  told Entertainment Tonight: “I wish that they would have come to us and we would have been involved since the beginning.”

However, Shannen Doherty gave her blessing during an interview with Entertainment Tonight.

“I think it’s great. I think it’s awesome. I think second lives are amazing, so I’m all for it. I’m happy to see that a show, that back then was all about strong women who supported and loved each other, is now coming back again in this day and age.

“It’s about female empowerment again – not that that’s something new. Charmed originally was that too. But I think it’s wonderful, you know? And it’s providing a lot of jobs for people, and I honestly, I just wish them well.

“And I hope that everyone just gives them a chance.”

Charmed airs Tuesday at 9pm in the UK on E4. Watch the trailer below.