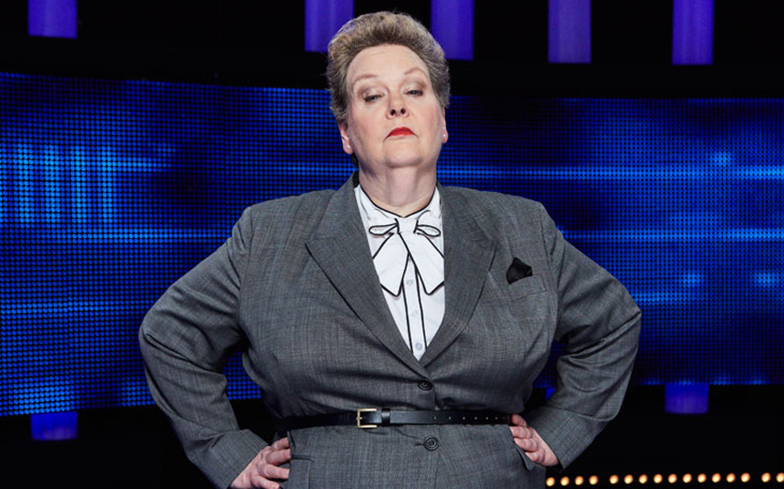 Now this is how you take down a homophobe.

When a 24-year-old drag queen from Cheshire called Daniel appeared on Monday night’s episode of hit ITV quiz show The Chase, they managed to win over both viewers at home and host Bradley Walsh.

“I work in events as my boring day job, and I’m also a fabulous drag queen,” Daniel explained. “Having boy clothes and girl clothes is so expensive, but I would love to buy some new lingerie and treat myself!” But not everyone was happy with the contestant’s choice of outfit.

“I really think it is mischievous and highly irresponsible of ITV to allow people of this sort to appear on a family show,” wrote one bigoted Twitter user after watching the episode. “I feel quite disgusted.”

Quiz master Anne Hegerty, known on the show as The Governess, wasn’t having any of it though.

“Oh, don’t be such a sad fucker,” she replied to the tweet.

Oh, don't be such a sad fucker.

Despite Anne’s clapback, the bigoted viewer continued to share their discriminatory views in further tweets.

“There are surely limits beyond which normal becomes abnormal. For example, I would suggest that heterosexuality is normal whilst child sex is abnormal. From what you say, you would disagree,” they wrote.

But yet again, straight-talking Anne wasn’t here for the nonsense.

“I profoundly disapprove of having sex with children. And of anything else that does actual harm to people,” she replied.

“Men in fabulous sparkly gowns? Fine with me.”

I profoundly disapprove of having sex with children. And of anything else that does actual harm to people. Men in fabulous sparkly gowns? Fine with me.

Anne wasn’t the only one to call out viewers who had an issue with a drag queen appearing on The Chase, as fellow quiz master Paul Sinha – known to fans as The Sinnerman – also but the bigots on blast.

“I can’t fathom the mentality of those genuinely angry about a drag queen on The Chase. We have always been inclusive.”

I can't fathom the mentality of those genuinely angry about a drag queen on #thechase. We have always been inclusive.