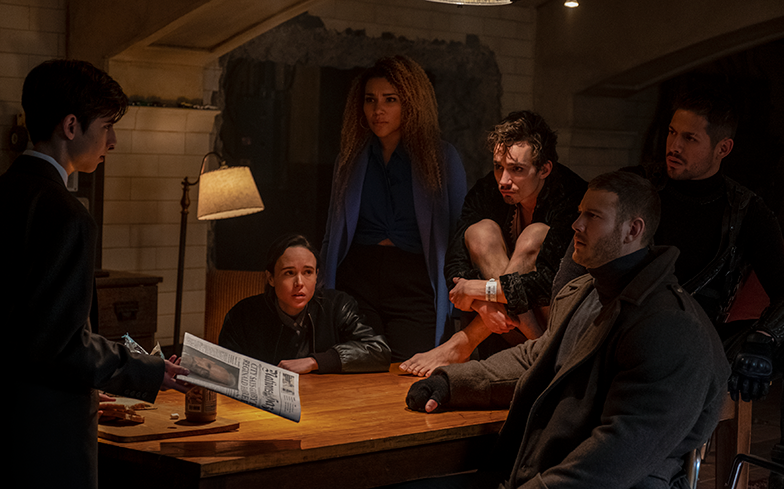 The cast of The Umbrella Academy are unsure if a second season is going to happen.

On-screen will they/won’t they couple Tom Hopper (Luther Hargreeves) and Emmy Raver-Lampman (Allison Hargreeves) recently appeared at MCM Comic Con in Birmingham and admitted to having been told zilch about a sophomore season.

When asked, Raver-Lampman told the crowd: “I wish! Call up Netflix. We have no idea because Netflix holds all their numbers really close. But they are very excited.”

Hopper added: “It’s great to see the response from the fans, because that’s a telling sign.

“Until I turned up here today [at MCM Comic Con Birmingham] you get an idea that the show’s doing well with a bit of online chat, and people call you up and say, ‘watched the show man, it’s great’.

“But it’s great to see the response from the people and see how excited they are about it.”

The fantasy drama is an adaptation of the comic book series of the same name, which was created by My Chemical Romance star Gerard Way and Gabriel Bá, and follows a dysfunctional family of superpowered beings who unite after their father’s mysterious death.

Upon release, the series received praise from fans and critics for the cast’s performances and visual effects.

When asked about the future of the comic book last month, Way told Collider: “What I did for Steve Blackman (the showrunner) and the writers in that first writers’ room was to create an 18-page document that laid everything out.

“Even of the graphic novels that haven’t come out yet. Which should equal eight when we’re all done. So I gave them the blueprint for what happens because you do want to seed certain things in there for future series and the hope is that it’s a success so that you do a lot more of these.

“They’re very curious what Gabriel [Ba, illustrator] and I are doing next. We always send them the new comics. They really want to know what’s happening.”

Watch the trailer for the first season of The Umbrella Academy below.