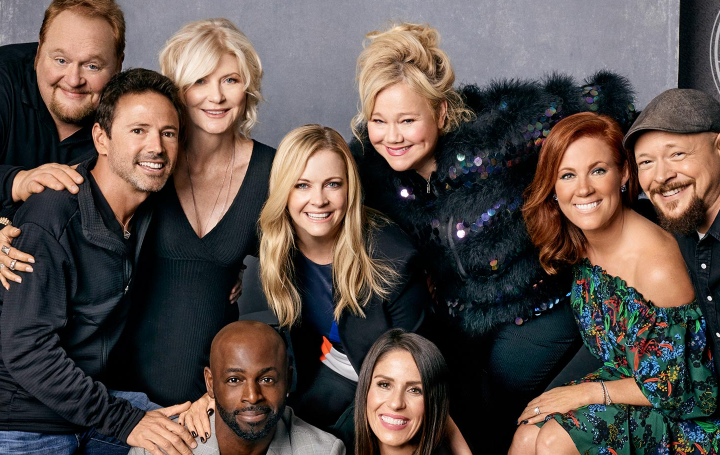 Entertainment Weekly held a reunion for the entire cast, including Salem!

The show chronicled the adventures of Sabrina Spellman, a girl who discovers on her 16th birthday that she is a witch. She lived with her two aunts, Hilda and Zelda, and Salem, a witch imprisoned in the body of a cat as punishment for trying to conquer the world.

Sabrina became a worldwide success, running for seven seasons between 1996-2003, and is often referred to as one of the most iconic shows of the nineties.

Hart reflected on the show’s reputation with the cast, and told EW: “Every actor wants to have that one role that’s iconic, that speaks to people, that people relate to it. “When fans come to us and say, ‘We grew up with you,’ that is the biggest compliment we could ever receive for working hard all those years… It just makes us feel good that so many people enjoyed it and enjoyed our work and what more can you ask for?”

Broderick agreed, and said she still hears from fans who looked up to her character: “I still have young women come up to me and say, ‘You were my childhood, you’re like my second mom. I listened to your advice when I was 9 and you were right.’”

Even the show’s creator, Nell Scovell, still receives love from the hardcore fanbase.

“The girls who were 10 when they started watching are now in their 30s, and it’s so much fun,” she said.

“Like, if I go to a meeting and someone meets me at the elevator and as we’re walking to her boss’ office she’ll often lean in and say, ‘Oh my god I loved Sabrina.’ And that always makes me feel really happy.”