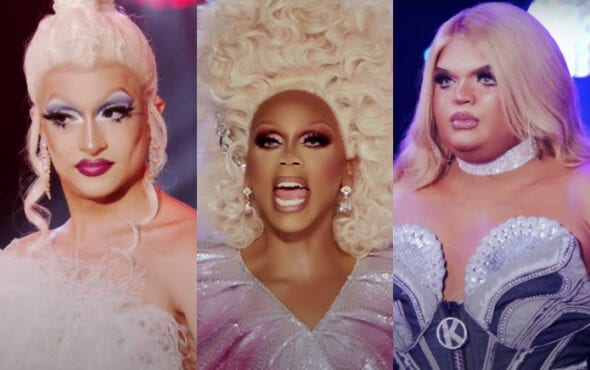 World of Wonder have unveiled the brand spanking new trailer for RuPaul’s Drag Race season 13, and honey, there’s a twist!

Yas, we’re used to twists by now, but like we stated in our headline, it’s a twist like no other.

In the teaser, the new line-up can be seen stomping the runway and kiki-ing in the werkroom before Mama Ru informs them that the season will be kicked off with “six lip-syncs for your lives”.

Unsurprisingly, the queens are gooped at RuPaul’s announcement, with New York queen Olivia Lux proclaiming in her confessional: “For our life? On day one?”

In our 2019 digital cover story, the legendary performer spoke to us about navigating the drag industry as a trans man, and dispelled any ignorant opinions on what it means to participate in the art-form.

“People cannot seem to understand how someone born female can identify as a man but still want to perform and artistically express themselves through femme drag,” said Gottmik. “In my opinion, a healthy soul/person needs a good balance of masculine and feminine energy to survive. If your artistic outlet is drag, anyone who has anything to say just hasn’t been enlightened on the subject and is probably wishing they were brave enough to express themselves as honest and openly.”

The star added: “Drag is hard, and being trans is even harder, so anyone who is doing both is extremely inspirational to me.”

Drag Race season 13 will premiere 1 January in the United States on VH1. An air date or network hasn’t been confirmed for the UK, but it’s presumed to air the following day on Netflix like past instalments.

You can watch the fierce new trailer here or below.