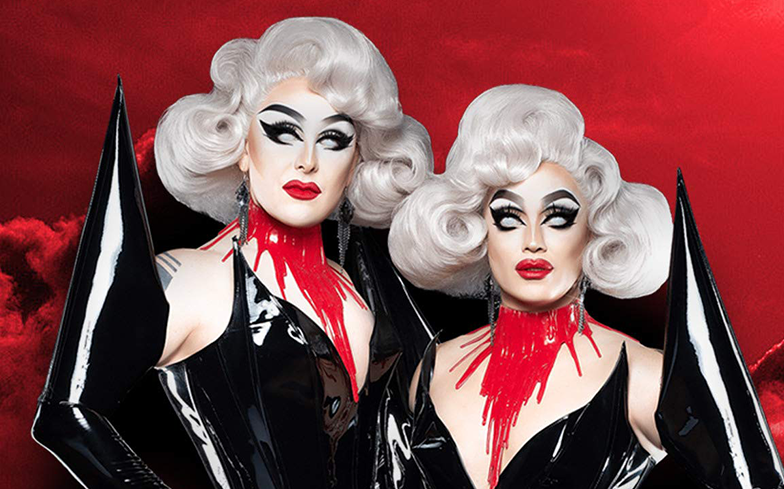 The Boulet Brothers have discussed the potential for an All Stars season of Dragula.

The competition series, which first aired in 2016, follows alternative drag performers who compete in a variety of shocking, fear factor-esque challenges for a cash prize of $25,000 and the coveted title of America’s Next Drag Supermonster.

Like fellow drag-centric series RuPaul’s Drag Race, fans have been eagerly awaiting to see their favourite ‘monsters’ creep back into the fold to compete against other fan-favourites for a place in Dragula Hall of Fame.

In an interview with Digital Spy, Dracmorda Boulet was questioned on the possibility of an All Stars, to which they said: “People have asked us about All Stars and I think that when you think of Dragula, you have to think about it as it’s own beast.

“People are pulling that sort of reference from another reality show, and if we were to do something that featured competitors from all seasons, we would do our own brand of that. It would be a unique format.”

Dracmorda continued to say they would “love to get them all back in front of the camera”.

Swanthula Boulet continued: “We don’t feel pressure to do an All Stars type season from the outside world because it’s something we’re interested in doing anyway. We have a lot cooking for 2020.”

Swanthula then confirmed that there are plans for a fourth season of Dragula and said the pair are “working on a book” and “opportunities to have some scripted things produced, stories told from us, presented to the world”.

Dracmorda added: “We’ve been working on fantasy and horror fiction for a long time and we’re starting to get the opportunity to bring that to the big screen so we’re very excited about that.”

Landon also boasted the honour of being the first cisgender woman to compete on the series, as well as becoming the first contestant on Dragula to make it to the finale without being up for – in the words of the show – “extermination”.

“I want to be a beacon of light to express that kings can reign just as supreme as queens,” Landon told us shortly after his historic win. “We’ve been in the shadows of big dick energy and now we can buy our big dicks so easily on Amazon.”

All three seasons of The Boulet Brothers’ Dragula are now available to stream on Amazon Prime.