The Boulet Brothers’ Dragula to return for “innovative” Halloween special 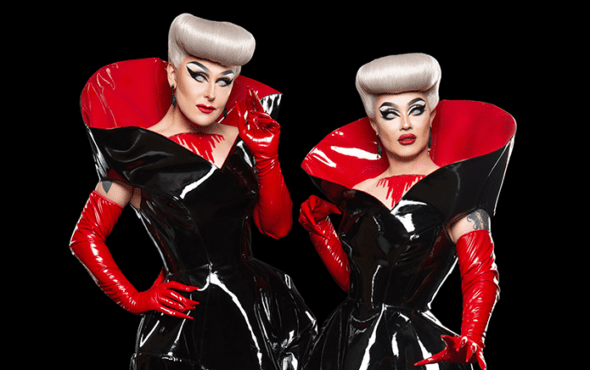 The Boulet Brothers are returning with a Halloween special of Dragula.

Dragula: Resurrection is a two-hour horror film slash documentary slash reality competition, and will see contestants from all three seasons of the series return for another spine-chilling showdown.

The brothers will travel across the United States for in-depth conversations with each entertainer, where they will observe their create process and discover more about the artist behind the monster.

The competitors will be tasked with designing three original Halloween-inspired looks and presenting them with a performance at a spooky location, including an abandoned train station in Georgia and a haunted mansion in North Carolina.

The winner receives a $20,000 cash prize and will be “resurrected” to compete on the upcoming fourth season of Dragula.

“We’re so excited to be bringing this special to life, and even more excited that it’s happening just in time for Halloween,” The Boulet Brothers said in a statement. “The format is something incredibly different, and it truly presents drag in an innovative way that has never been seen on TV before.

“It’s easily the best content we have ever produced, and the highest level of drag that TV audiences have ever seen. We are so proud of the cast and crew who made this happen, and we’re thrilled to be partnering with Shudder to produce it.”

Craig Engler, Shudder’s Manager, said: “Over three seasons of their pioneering show, the Boulets have been a creative force helping to make horror more outrageous, fun, and delightful. We’re excited to have The Boulet Brothers’ Dragula: Resurrection, on Shudder and can’t wait to share it with our members.”