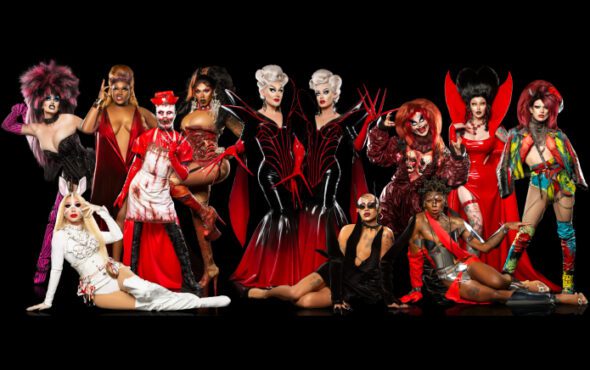 The cast for the brand new season of The Boulet Brothers’ Dragula has arrived.

Premiering exclusively in all territories on Shudder, AMC Networks’ premium streamer for horror, thriller and the supernatural, the fourth season will make history with their first ever South Korean contestant, HoSo Terra Toma, and first trans woman competitor, Bitter Betty.

Not only that, the cast includes a former Dragula winner in Saint, who triumphed on the show’s innovative spin-off Resurrection. The two-hour film and documentary was one of Shudder’s most watched premieres of 2020.

Like past seasons, the contestants will compete in a variety of horror-themed challenges with the winner taking home a – wait for it – $100,000 grand prize, the largest in the show’s history.

In a previous statement, the Boulet Brothers said joining forces with Shudder “marks the beginning of an exciting new era” for the series.

They added: “We will be featuring some of the most groundbreaking drag art in the world and with $100,000 on the line, the competition (and the challenges) are going to be deadly.”

Craig Engler, Shudder’s General Manager, also said the streamer are “thrilled to be working with the incredibly talented Boulet Brothers on a new season that will be bigger, better and more outrageous than ever.”

Engler continued to praise the reality series for merging “underground drag and horror” and for “showcasing a diverse group of artists”.

Check out the profiles for each of the drag artists competing on Dragula season four – courtesy of Shudder – below. 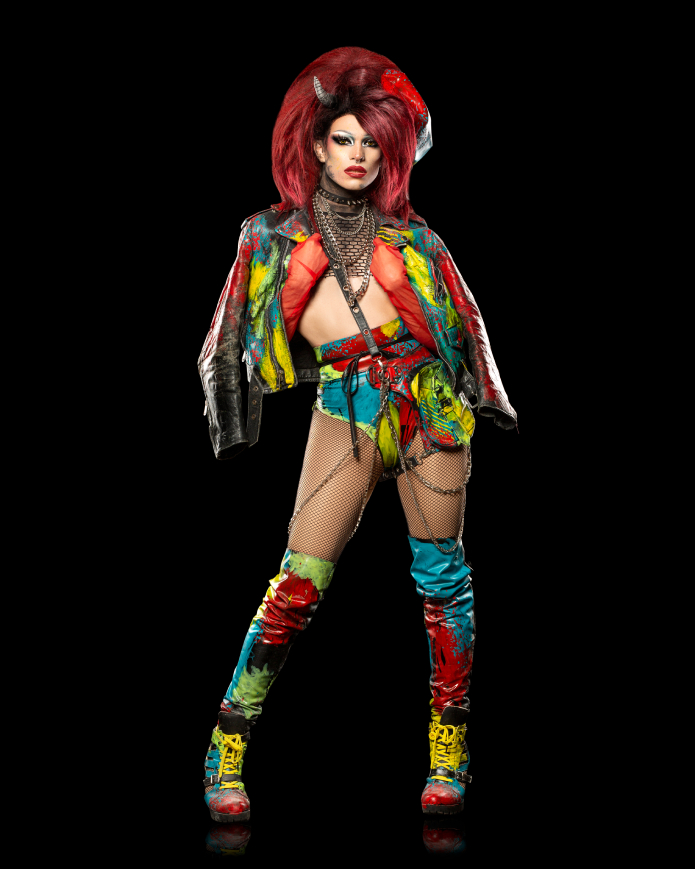 “Astrud is a singer, songwriter and multi-instrumentalist drag artist who uses her music and punk rock fashion sense to produce incredible live musical shows. She’s bringing her musical talents, fierce attitude, and love of fantasy creatures to the competition which she hopes will help her claw her way to the crown.” 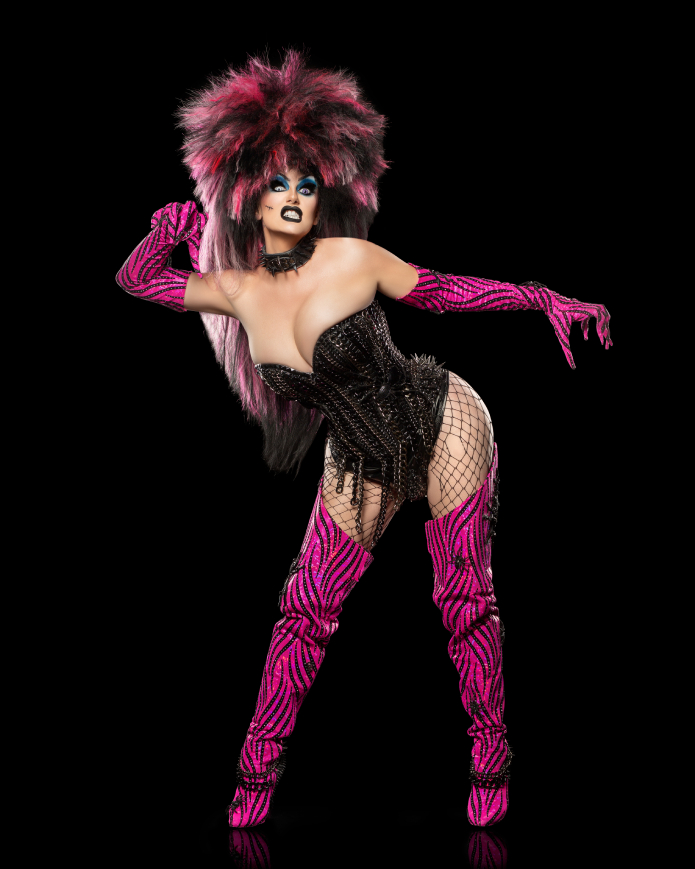 “Bitter Betty is a self-identifying trans woman who brings twenty years of drag experience to the competition. She feels that trans drag artists are not allowed the same opportunities as cis drag performers and views the show as an opportunity to represent her community and bring home the crown. She draws inspiration by the colors and silhouettes of ‘80s cartoons and is bringing camp, experience and “trans energy” to the competition.” 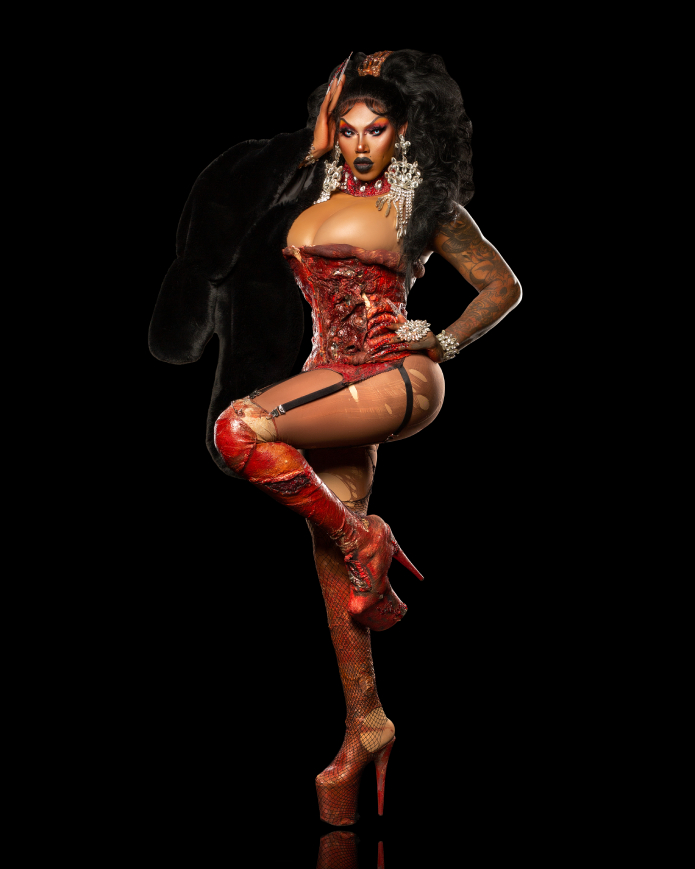 “Koco infuses their drag with equal parts of seduction and horror and is bringing a strong dose of body positivity to the show. As a self-described “zombie stripper,” Koco feels they have what it takes to snatch the crown and to bring something to the competition that no other competitor in previous seasons has. As an underrepresented, black drag performer who performs alternative and horror drag, Koco feels it’s important for them to show up, represent their community and bring home the crown.” 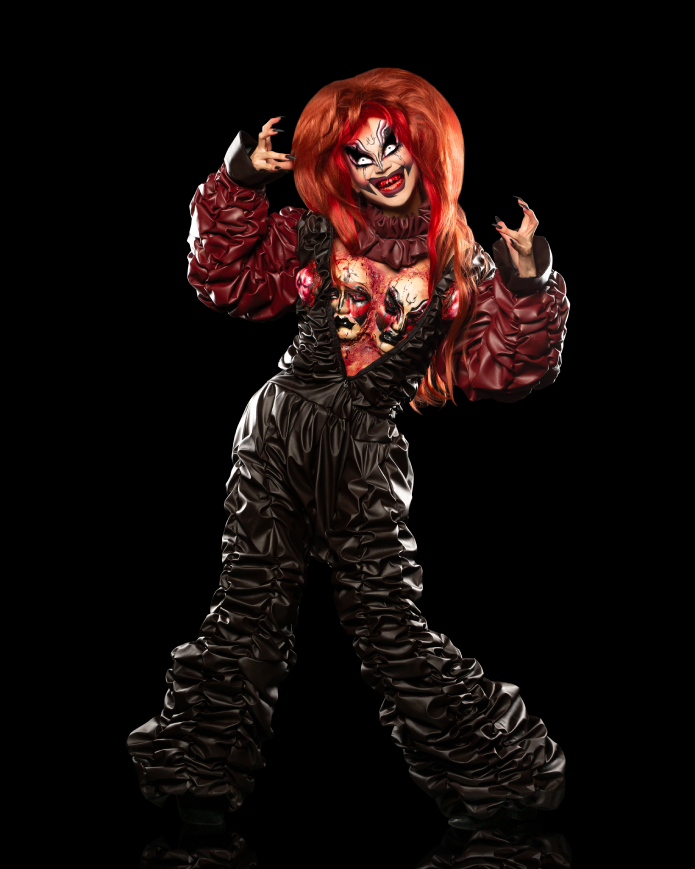 “Hoso is the first internationally based Korean artist to compete on the show. She considers herself to be a “drag yokai” and draws global inspiration from eastern myths.” 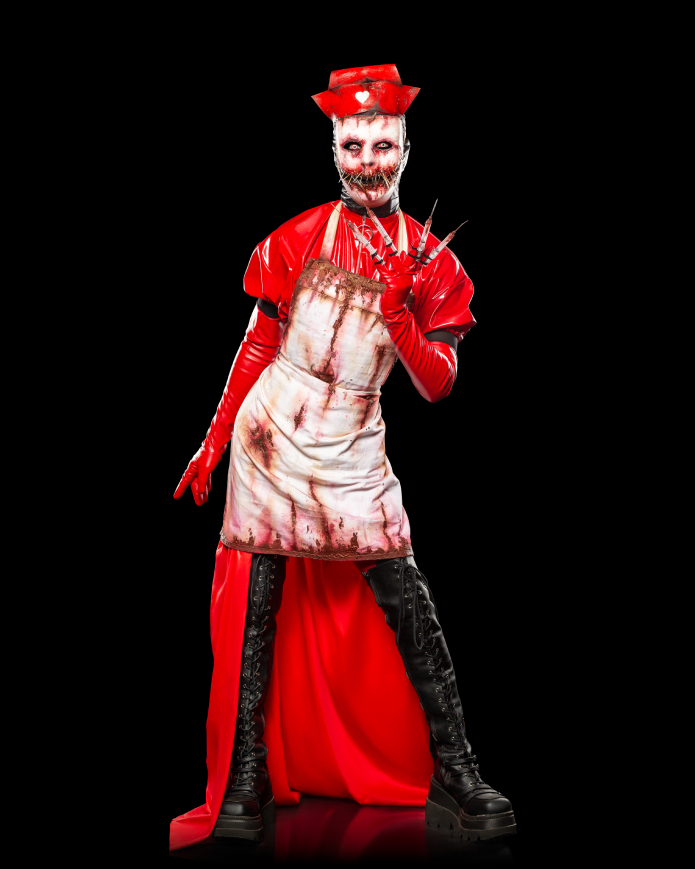 “Formelda Hyde identifies as a digital drag artist who has spent most of their time performing online and in digital drag shows as opposed to traditional live stages and clubs. A true horror fan at heart, Formelda describes his drag as the “true embodiment of fear” and through his drag “seeks to express the darkest elements of horror within our world”. Through his unique blend of artistry and unconventional materials, Formelda hopes to use his new platform to change the way drag has traditionally been seen.” 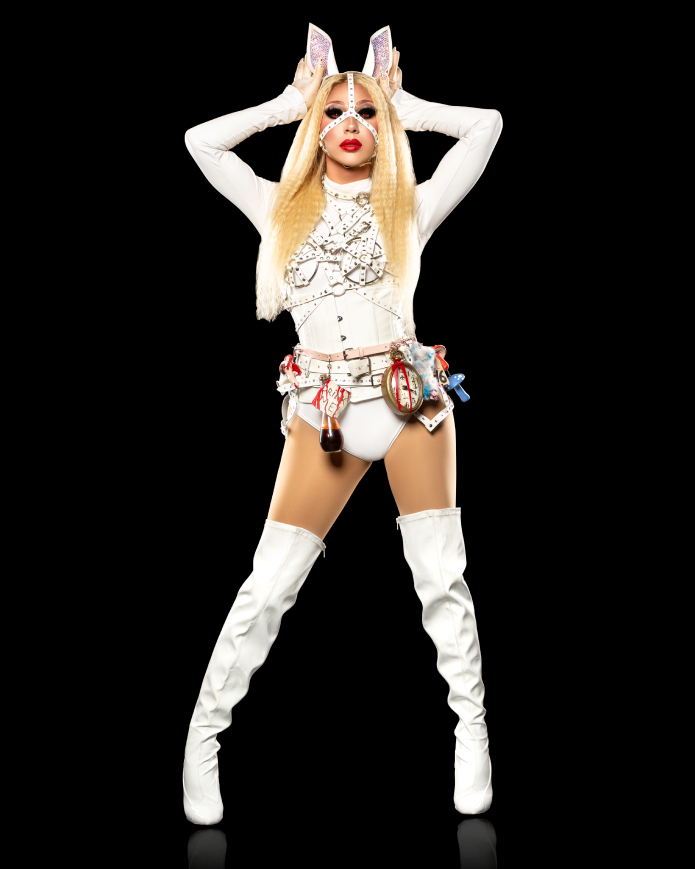 “Jade Jolie considers herself a drag chameleon and while she’s already known as a previous competitor on RuPaul’s Drag Race, she hopes to show audiences that she can evolve and adapt to any drag medium. As a lover of all forms of drag, Jade enters the competition with a desire to prove to the world that her drag style doesn’t just fit in one category or box. While she feels people may be expecting a certain kind of drag from her, she warns them to expect the unexpected: “I’m bringing things people would never think I was capable of. Get ready.”” 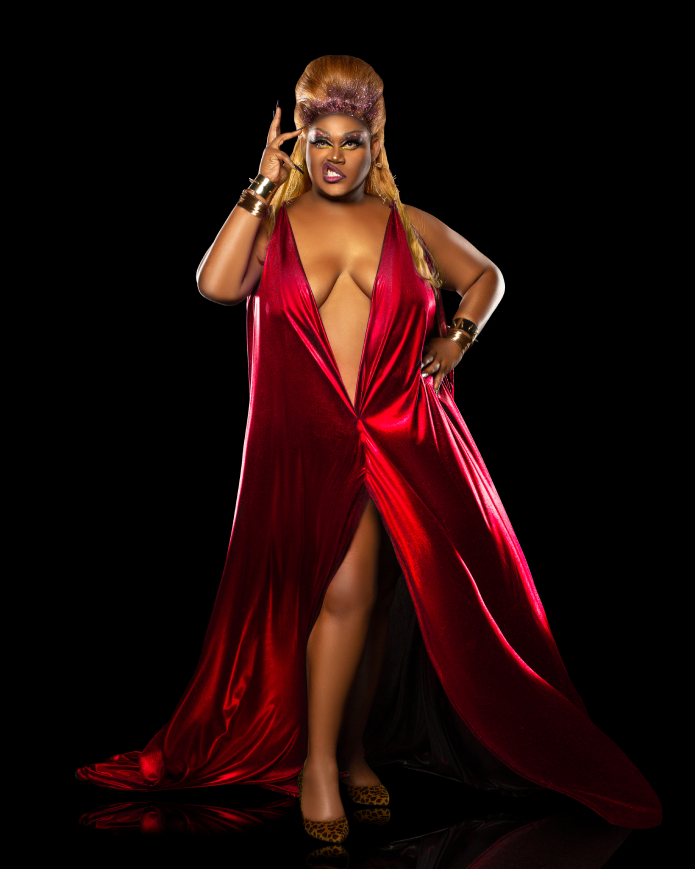 “Merrie Cherry is a drag pioneer in the Brooklyn, NY, scene and is always the biggest personality in the room. With her mixture of camp, fashion and a unique sense of humor, she hopes to bring the strengths of a true entertainer to the competition. While never afraid to be the butt of a joke herself, she’s entering the competition not striving to be perfect but to keep the experience enjoyable. “At the end of the day it’s about entertaining and that is what Merrie Cherry does. Oh, and I’m definitely bringing a little drama mama, because we are on a reality show and who doesn’t love a little fun.”” 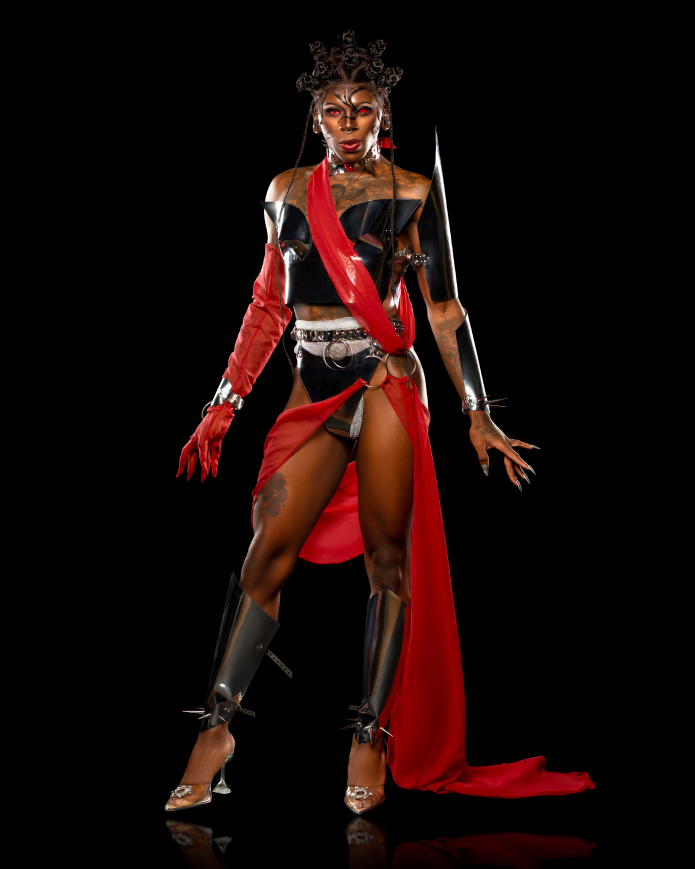 “Saint is the self-proclaimed “Runway Demon Queen of Season 4.” Her drag is fueled by imagination and nightmares “with a bit of fashion sprinkled on top,” and she proved her prowess as a true drag icon by winning The Boulet Brothers’ Dragula Resurrection Halloween special in 2020. As this is her second time competing on the series, she feels her experience and growth as an artist have primed her perfectly to snatch the crown.” 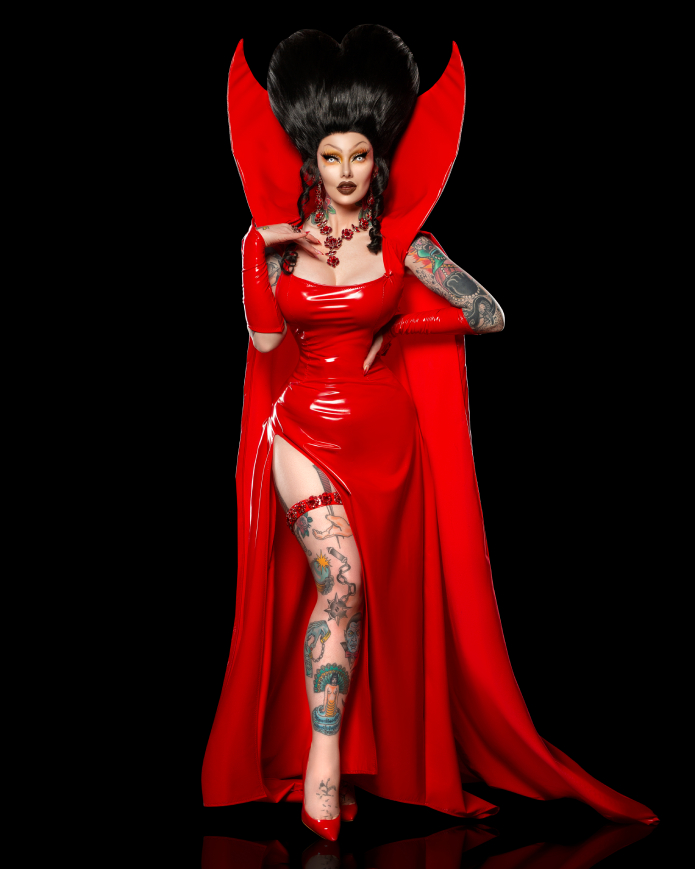 “Sigourney Beaver is a self-described “hyper femme AFAB queen” or as she likes to put it “a female impersonator-impersonator.” Sigourney is a killer beauty queen who loves to hypnotize audiences with her piercing white eyes and sky-high hair. Coming from a burlesque background, Sigourney incorporates the art of the tease into all her drag performances. With several pageant titles under her belt, Sigourney is hoping to add “The World’s Next Drag Supermonster” to her already impressive resume.” 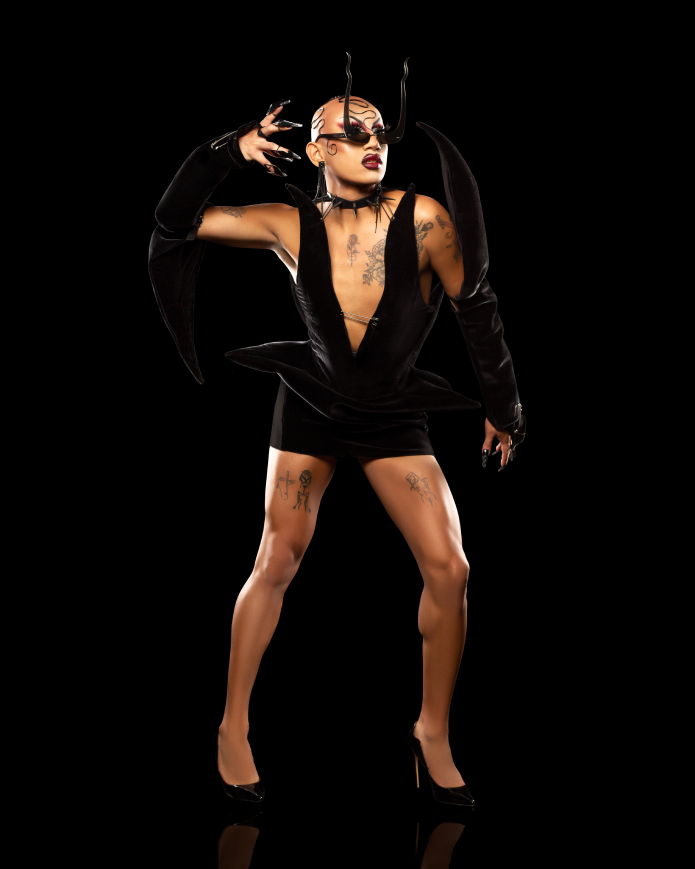 “La Zavaleta is a recent transplant to the Brooklyn, NY, drag scene hailing originally from her hometown of Mexico City, Mexico. She mixes sexy and scary in all of her drag looks and is known for being an incredible live performer who always sets the stage on fire. La Zavaleta is chasing the American dream and hopes to prove that putting time, effort and drive into her aspirations will allow her to manifest her destiny and bring home the crown.”

The fourth season of The Boulet Brothers’ Dragula premieres 19 October on Shudder with new episodes to follow every Tuesday.