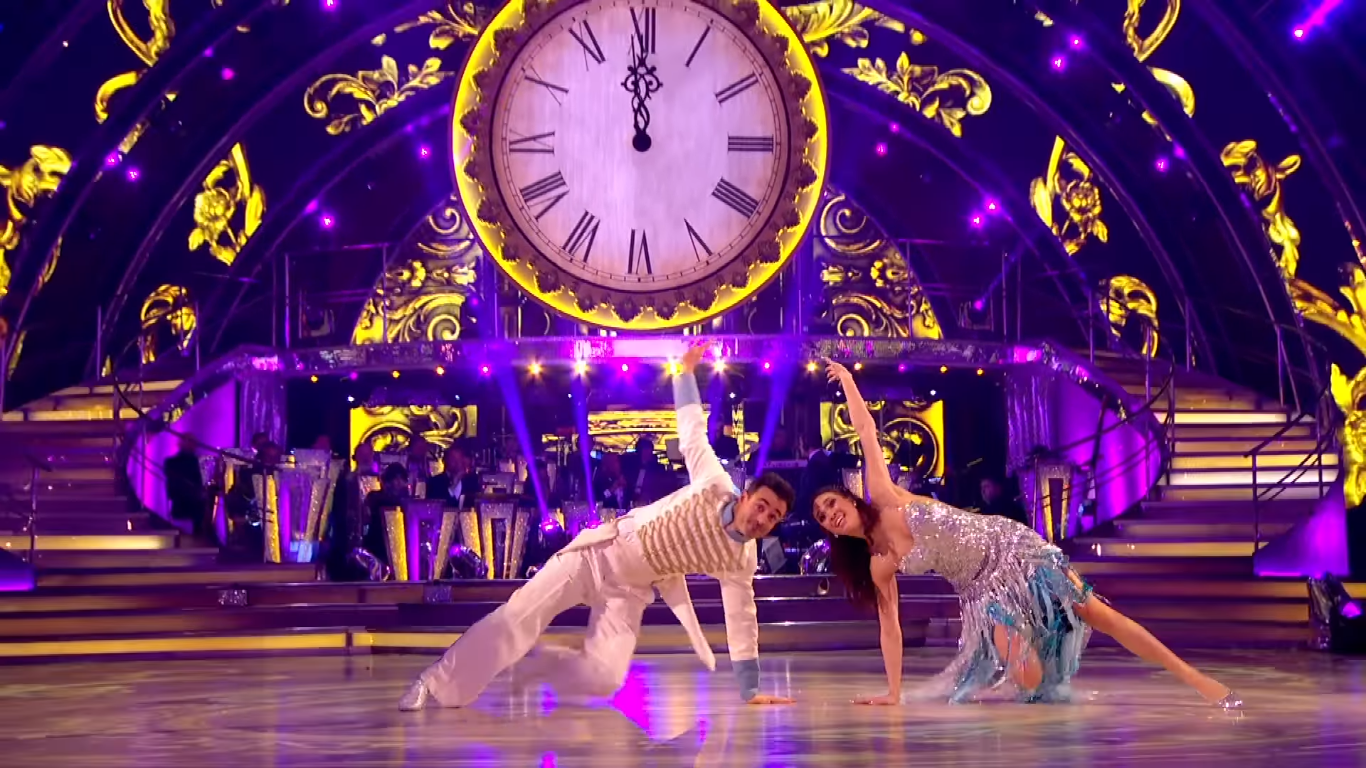 It’s all over now. After all of those dances, all of those eliminations, and all of those scathing comments from Craig Revel Horwood, Strictly 2017 is over. And this final showed what an amazing series it was…

Last week, Mollie King fell at the last hurdle, as she became the final celebrity to be eliminated. This meant that our finalists were Alexandra Burke, Debbie McGee, Gemma Atkinson, and Joe McFadden. And for the first time in Strictly’s history, all four finalists danced three times, instead of one being eliminated partway through the episode.

Up first for the finalists was a dance that the judges wanted to see again. These were Alexandra’s American Smooth, Debbie’s salsa, Gemma’s paso doble and Joe’s Viennese waltz. All of the dances were delivered amazingly, although we felt that there may have been a fumble at the end of Joe’s routine. But as this wasn’t picked up on, maybe we were wrong.

Following this was the couples’ showdance, and OMG, they were all spectacular. Gemma’s was camptastic, Alexandra’s was a swansong to all of her past routines – although when Jay McGuiness did the same thing a few years back it was criticised – and both Debbie’s and Joe’s had a beautiful, serene feel to them.

Related: Why Judge Rinder is wrong about Strictly and same-sex dancing couples

And then, one of the moments we’d been waiting for all final. The couples’ favourite routines, the dances that they put the most love into. And it really showed. Gemma delivered her best performance when she revisited her beautiful American smooth, Debbie’s Argentine tango was as breath-taking as it was first time, Joe did a spectacular charleston again, and Alexandra redid her a-ma-zing jive back from Week 4.

But it wasn’t just dancing that this final contained. Each of the eliminated contestants was back, although we weren’t the only ones thinking that Aston should have been dancing rather than just spectating. And of course, Bruno fell off his chair, and this time he even managed to get tangled up in a wire. Honestly, the man is a health safety violation walking.

But the eliminated celebs weren’t just there to spectate, before the champion could be crowned, they all performed their own routine, revisiting some of their best bits. Some of the best highlights were Rev. Richard Coles descending on his cloud, Brian Conley falling off of the wall, Anton du Beke’s stunning wardrobe choices

But after all the hilarity, and dancing it was finally time to crown the champion, and after all the public votes the winner was announced as Joe McFadden. Joe has been a spectacular dancer throughout the competition, bar a few minor slip-ups at the start, and he is certainly a worthy winner.

But with all the great dancing on the night, it would be an impossible task to decide what three dances were the best. So instead, we’ve gone with the best dance from each couple for that night.

Alexandra’s first jive was a show-stopping moment. Simply put, it was one of the best jives that we’d seen in Strictly’s history. And this time, the jive was just as spectacular as we remember it. Her flicks and kicks were on point, and her movements were flawless. A fitting finale to Alexandra’s Strictly journey.

When Debbie was announced, we thought she’d be the token old lady who dances with Anton du Beke in a series of comedy routines, instead she has been one of our favourites of the whole series. Her fiery paso doble left us gobsmacked, and that continued week after week before culminating with this dance. Her splits were amazing, everything was so well-timed. Once again, Debbie McGee took our breath away.

Gemma’s been a bit of an oddball this series, she’s performed rather well some weeks, and utterly dire in other weeks. But this time she pulled out all of the stops, and managed to deliver this fantastic routine. Her quickstep and charleston sections were the best parts – if she only she managed to pull off the quickstep when she first did it. It might not have been as good as some of the other showdances, but Gemma’s performance here is definitely the most memorable.

So, onto the dance of the champion. Joe has delivered a lot of good routines, his paso doble and Argentine tango rank among our favourite of the series. And his showdance was simply wonderful. A beautifully romantic routine, Joe shone in his solo section, and after that the storytelling for the rest of the routine was the best of the entire series. It just goes to show, you don’t need an over-the-top showdance to deliver a killer routine.

However, Strictly isn’t over for this year. If you need one more fix of the dancing show before the year ends, tune in on Christmas Day to watch six contestants of past take on some festive routines.