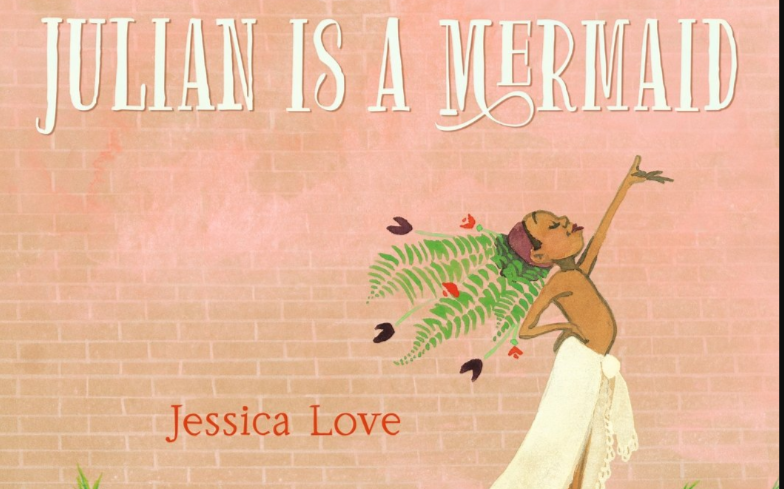 The author of Julián is a Mermaid has won the Klaus Fugge prize.

Jessica Love, the author of Julián is a Mermaid, has won the Klaus Fugge prize, an award given to the ‘most exciting newcomer to picture book illustration.’ The winner of the prize also receives £5,000.

Julián is a Mermaid follows the titular Julián, a gender-questioning child who, after seeing women dressed as mermaids, begins to copy their appearance.

When Julián’s grandmother finds out, she responds postively and gives her support, giving Julián a pearl necklace to wear at the Coney Island Mermaid Parade.

One of the judges, Julia Eccleshare said: “Julián Is a Mermaid reminds us that picture books can make us understand the world differently and better; that they are for everyone. It is a groundbreaking book.”

Speaking to The Guardian, Jessica said that the response to the book had been “overwhelmingly positive”, despite “the occasional ‘dangerous book spreading the gay agenda’ article.”

She also spoke the influences she had when writing the book, including the transition of her partner’s relative and the documentary Paris Burning.

Reflecting on her partner’s relative’s transition, Jessica said: “A lot of the stuff that comes up in a family when one member transitions was still sort of fresh. I became curious about how family and community systems respond [to these stories].”

And on the influence of Paris is Burning, she added: “So many of the young people in that film had been rejected by their birth families, only to form new families in the form of houses.

“I kept thinking about what their lives would have been like if they’d received the kind of support from their birth families that they received from their gay mothers and fathers, brothers and sisters.”

“People reach out to me on social media to tell me what it has meant to their families, to tell me that they were Julian when they were little.”

She also confirmed that the book would be getting a sequel. “At first I was reluctant to do a second book – I really didn’t want to cheapen the characters by forcing them into some improbable sequel,” she said.

“But people kept asking and gradually I got comfortable with the idea that maybe it’s OK to give these characters further life.”

Related: 6 queer books you should be reading right now