The Utah band break down their new tracks, battling industry sexism and bringing an inclusive music community to life. 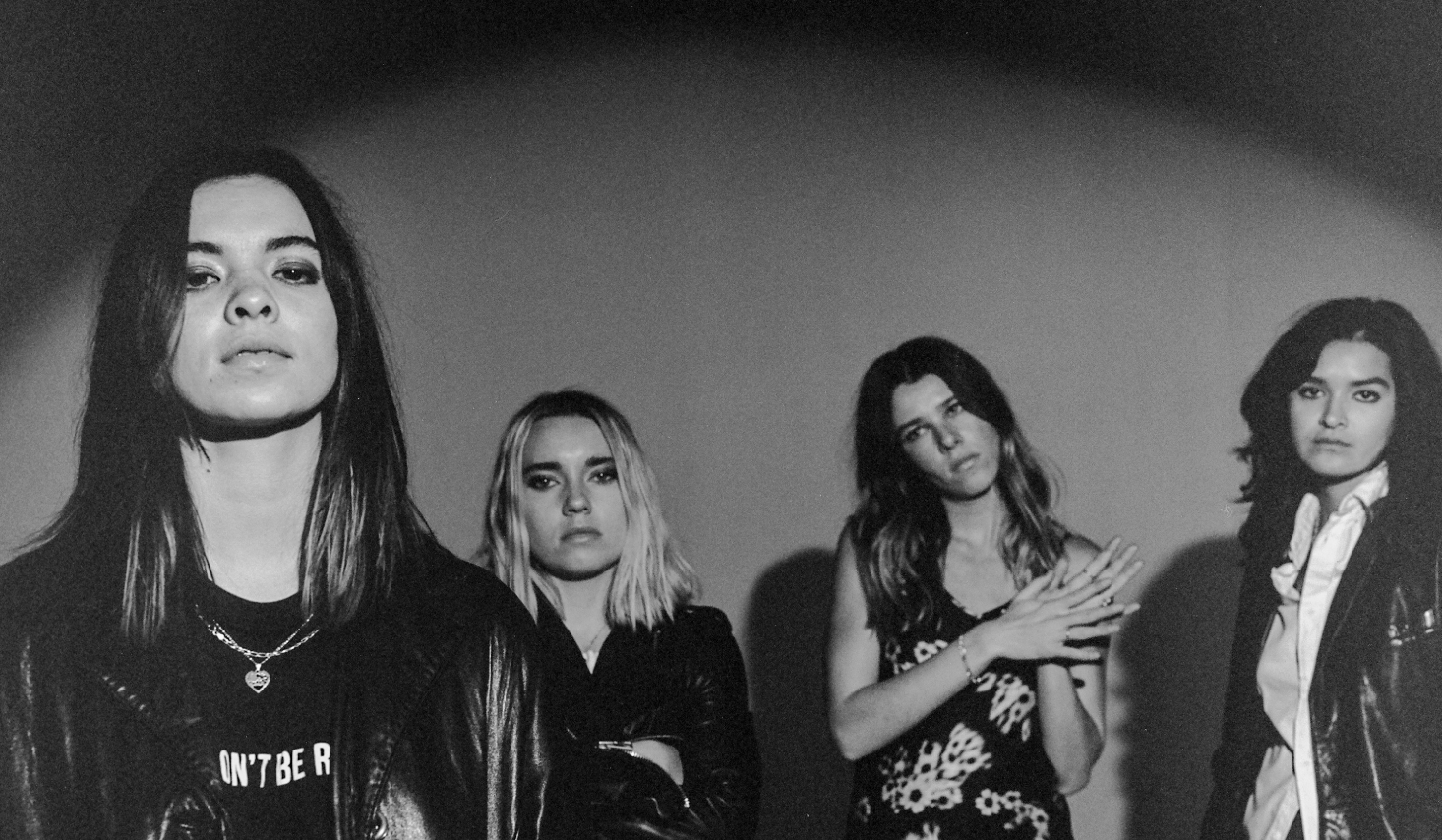 It has been over a year since The Aces released their sophomore album, Under My Influence. The record saw the band slip into a matured sound and confidently step into their queerness. Whether it was their breakout single Daydream or sleeper hit Coming Home, the four-part act defiantly stood their ground as they evolved into new phase artists. Now, as the band work towards their next creative era, The Aces have taken the time to self-reflect on what makes them thrive, how they want to inspire audiences, and establish themselves are rising stars.

It’s early morning in the US and the indie-pop band, settled on Zoom calls, have been recovering from a COVID-19 scare. With the music industry skirting into unknown territory, artists have been envisioning a space where live shows can return in a safe remit. For The Aces, live shows have been crucial to their identity as creatives. “Every artist is different. We’ve been playing live shows since we were kids together,” Alisa Ramirez, the band’s drummer says. “Our love for live shows is what made us a band so having that taken away from us, at our core, was particularly difficult. Live performance is such a pivotal part of our band”. The pandemic’s impact, of course, has been felt globally but, for The Aces, the time away from live shows deeply resonated with the quartet.

As spare time loomed over them, the band’s lead vocalist, Cristal Ramirez, found herself grateful for how far a small-time band from Utah has flourished. “We were always questioning what’d next and it’s really easy to miss the sweetness of your accomplishments at the moment. We’ve done a lot of cool shit. We’ve come from a small town in Utah and made a career for ourselves. We’re grateful to be making really great music and trying to connect with our fans in an authentic way”. Agreeing, McKenna Petty, the band’s bassist, jumped onto Cristal’s point: “So many things were happening, culturally, and it was a huge reckoning for everyone. It was a really good time to slow down and surround ourselves with people we care about. That was our huge shift over the past couple of years”.

Moving forward, together, The Aces have taken steps to transform their art to be more intimate and personal with fans. “It’s affected how we perform what we want to talk about on stage,” Katie Henderson, the band’s guitarist, says. “It’s bled its way through everything and we’ve had a lot of conversations where we’re fortunate to have a platform like what do we and it’s gonna show in our music. It’s really cool and feels like it’s for something bigger”. Utilising their platform is something The Aces take to heart. Whether it’s a playful TikTok video on an on-stage speech, the four women are carving out their ethos. “The music that we’re making now (and that we’ve made) we’re really proud of,” Cristal tells GAY TIMES.

The band’s new single Don’t Freak is a guitar-laden indie-pop track unpacking the singer’s personal experience with pandemic anxiety and panic attacks. “I’ve struggled with intense anxiety for my whole life and I was having crippling panic attacks happening every day. I couldn’t leave my house sometimes. It was really scary. I felt like a prisoner in my own body,” she recalls. Using her sister, Alisa, as support, the singer took the time to write about her mental health up. The song, initially titled Don’t Speak, metamorphosised from a light pop packed with “throwaway feel-good lyrics” into an opportunity to platform a community message. “We listened back to it and decided we should flip this narrative and talk about something important to us. We dissected the whole thing and made it into the anxiety bop that it is”.

As The Aces continue to kick off their tour across the US, the band has been sharing their eagerness to meet fans on social media. However, the trend to latch onto TikTok is something Cristal has battled with. “As an artist, there’s a love-hate relationship with social media because you realise it’s a really useful important tool to connect with people, but sometimes I don’t want to be an influencer,” she explains. “I don’t want to make a bunch of content. I want to make music. With TikTok, we want to expose people to our band and to our music, but TikTok controls the world right so it’s fun to like participate in but we’re musicians at the end of the day”. 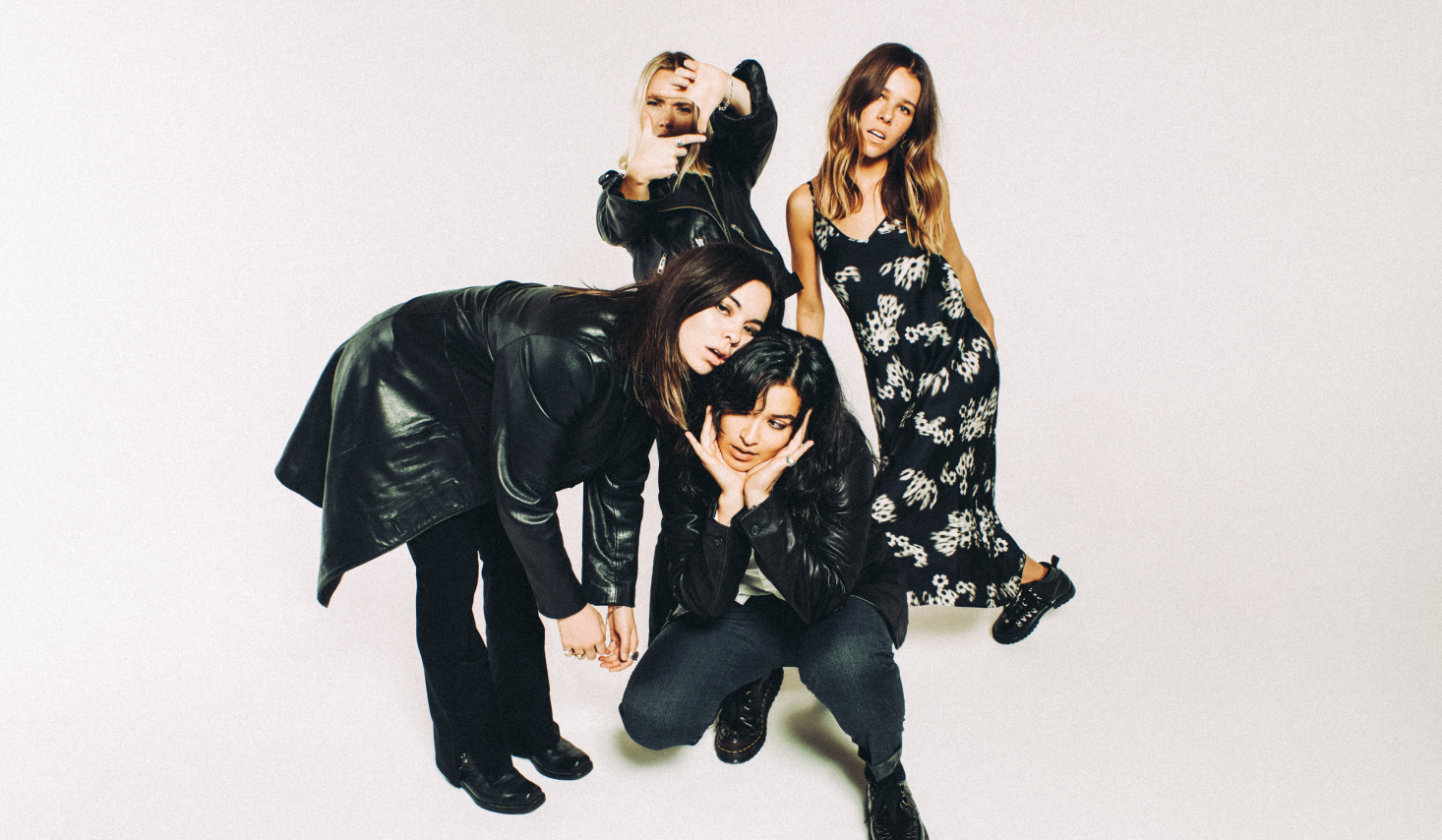 We want to cultivate a community where women, queer women, women of colour, and everyone feel safe

However, not all content on social media can be lighthearted. Recently, the band took to the app to address being called a slur at a live show. “Going back to the slur, we try to use those things to fuel us further in that mission. We want to talk about it because that’s the only way that’s going to change this,” McKenna tells GAY TIMES. Cristal nods in agreement, expanding on her bandmate’s point. “We really want to be friends in a community with other women who are musicians and in bands. Sometimes people think there’s limited space and that couldn’t be further from the truth,” she explains. “It’s bullshit. We want to cultivate a community where women, queer women, women of colour, and everyone feel safe in our space. We can bring those women on stage and help to uplift them”.

Despite The Aces selling out shows and touring across the world, the band admits they still face industry sexism, particularly when they were perceived as an alternative indie band. “Things have changed a lot over the past few years. A lot of women have spoken out about getting stupid questions. I don’t think seeing women on stages is daunting in the pop space, but, going back into the alternative world -which is when we got called the slur- can feel very archaic,” she explains. “Here, in the US, there are radio stations that say they’ve already played a woman this hour so they’re not going to play another. It’s craziness. Perceptions have been shifting, but within the rock and alternative spaces there’s a lot of more work to do”.

The determination to create a dynamic all-accepting space is a notable goal for The Aces but, equally, they admit they’re still on track to make great music for fans. The band’s deluxe release of Under My Influence does exactly that. With a handful of new tracks, the group drives into new sounds and styles to shake up their image. “The Portugal, The Man remix turned out amazing. I re-sang it and did a completely different delivery with vocals and the girls got to reimagine it instrumentally,” Cristal explains. “We love all the remixes and we really lucked out with how many really cool artists reached out wanted to be a part of the album. I’m excited for fans to hear that like reimagined remixes”. Looking towards new projects, the band admits they can’t give too much away, but promise they have new music on the horizon. “It’s been a good two years so there’s a lot of musical shit that has come out of it. It’s been such an authentic step for our band and I think that the fans are really going to love it. It’s my favorite music we’ve ever made,” the lead singer adds. “Your second record is a bit of experimentation, and your third record is the heart and soul where your sound has settled it and I think we’ve hit that”.

Under My Influence (Deluxe) is available now on Red Bull Records. 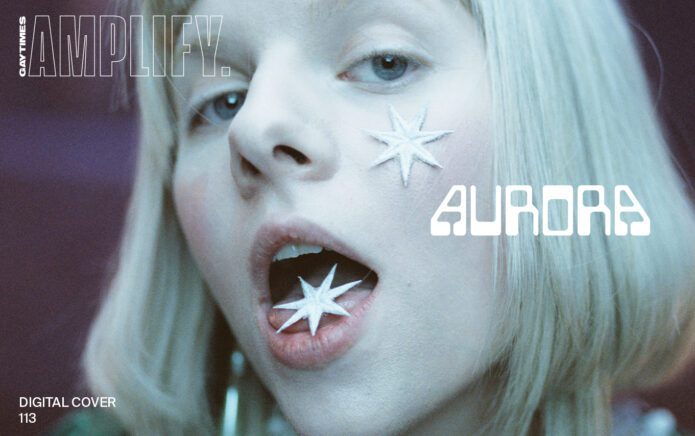