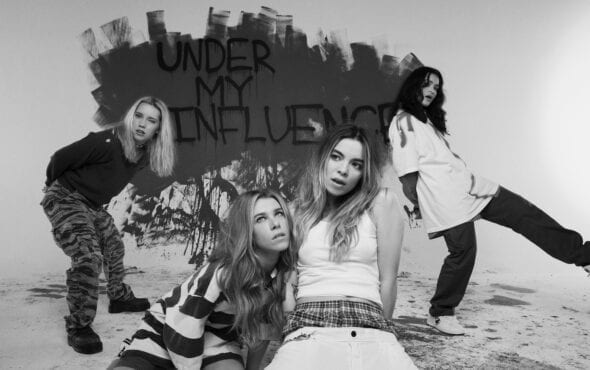 Cristal and Alisa Ramirez took to TikTok to share support for the LGBTQ+ community online.

The sisters posted a mini-video parodying a coming out moment where they both revealed they’re lesbian to one another.

As Cristal “reveals” her identity to her sister and, shortly after, Alisa adds in “me too”.

Members of the band (Cristal, Alisa and Katie) all identify as LGBTQ+. The Aces have often spoken in favour of LGBTQ+ visibility in interviews and their music.

The Aces are a four-piece band made up of Cristal and Alisa Ramirez, Katie Henderson and McKenna Petty from Utah.

The newly shared video was captioned: “How we real life came out to each other” and includes TikTok hashtags such as #lesbiansoftiktok #comingout #lesbianvisibilityweek.

The post ends with a heartwarming message: “Happy Lesbian Visibility Day!! It gets better”.

Earlier this year the Aces guitarist, Katie Henderson, publicly came out as gay last year and fans are celebrating the band’s pro-LGBTQ+ post.

The band’s official TikTok account recently shared a video captioned: “When you’re the third member of The Aces to come out”.

The post featured Henderson acknowledging the camera as a popular cheering sound effect was played over the video.

Last year the guitarist shared a moving social media post explaining her sexuality and that she had to “deal with things” and admitted she “never really wanted to do some big post on Instagram” but opted to share her story in the hopes it could help others.

“For those who didn’t know, I’m gay!” the artist posted. “This is something I’ve always known about myself. Growing up, I wanted to feel like “everyone else” did. Especially because I grew up religious, where being gay or acting on it was a huge “No”.

“I felt a lot of fear for my future. But my amazing family and friends have always loved and supported me, have helped me get here, and reiterated that love is always the most important.”

Henderson added: “The church I grew up in doesn’t approve of this and/or my actions. And some who maybe aren’t religious don’t like that I still go to church which […] is why I think it took me so long to come out.

“It seems everyone has an opinion on your life and how you’re supposed to live it, I don’t have it all figured out, I’m figuring out life like everyone else. what I do know is I feel more peace and confidence when I am honest, and 100% being my authentic self. It took me a while to get here, but I’m HERE. And couldn’t be happier.”