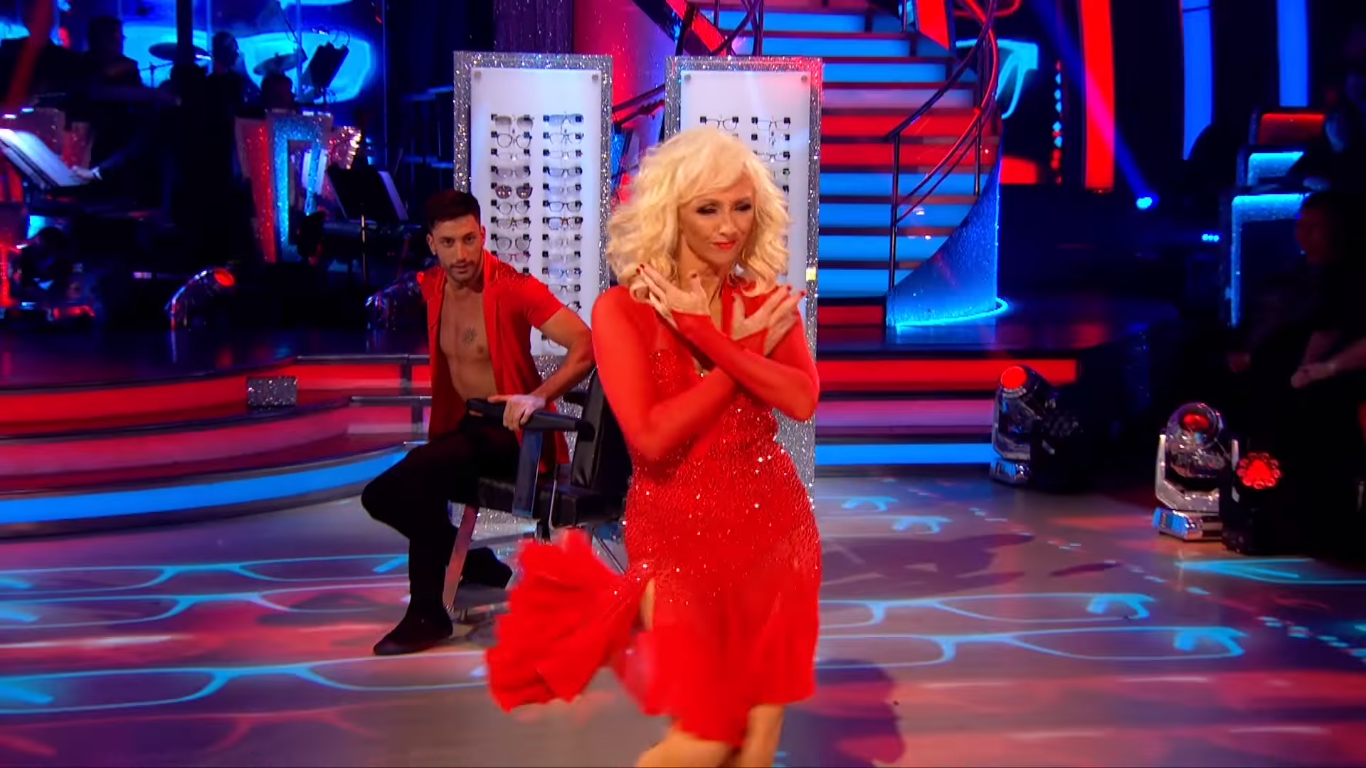 Okay British public, we need to have a small word here… What happened last week? We thought it was the general consensus that Aston was one of the best dancers in the competition, but he got the boot as soon as he had his first ‘off’ dance.

Yes, if you missed last week’s shock result, Mollie King and Aston Merrygold faced each other in the dance-off, and in a 2-2 split, it was Mollie who was saved. We feel bad for Aston given how talented he was, and the fact that Ruth Langsford should have been in the dance off, and arguably, Gemma Atkinson should have been as well. She may have scored one point more than Aston, but her salsa looked a lot worse than his Viennese waltz.

Anyway, we can’t dwell on the past too long – we’ll miss you Aston, but we got other dances to watch. And as next week is the coveted Blackpool Week, all of the celebrities were out to impress. And as per usual, some really impressed, and others really didn’t.

Both Ruth and Jonnie Peacock had foxtrots this week, and both of them failed to deliver. But what’s worrying is how Jonnie seems to be progressing backwards, it’s almost as if he’s given up on the competition. Mollie King also faced another tough week, as she got her lowest score to date with her paso doble.

But some couples did manage to rise to the challenge. Susan Calman delivered a fantastic tango, and Joe McFadden managed to create a brilliantly romantic rumba. We’re conflicted over Gemma’s Viennese waltz though. We thought it looked good, then the judges slated it, and then they gave it 7s across the board. And that’s been an issue with the whole series, scores haven’t seemed to correlate with comments, it’d be nice if we could actually get that consistency.

However, three dancers this week really did rise to the challenge of getting to Blackpool…

Despite having trained with a back injury, and the routine having what might be the most cringe-worthy opening to any Strictly routine ever, Debbie really delivered with this salsa.

Last week, we complained that Debbie had never closed the show, and now she has, and she has shown why she’s worth the wait. She had great fluidity in all of her movements, had great chemistry with Giovanni, and those lifts! We go on about lifts almost every single week, but that first one where she was spun around was just breath-taking.

And we know that Giovanni was the patient, but if more people go to the opticians in open-tops like that, we might have to book ourselves an appointment pretty soon.

Davood managed to find his dance last week with his spectacular American smooth, and he’s managed to carry this form by delivering an absolutely amazing charleston.

Pretty much every move you can ask for was put into this routine, and Davood managed to achieve perfect synchronicity with Nadiya. And one thing you certainly can’t complain about in this dance is a lack a swivel, the start was packed full of it, and the man even managed to attempt some while keeping Nadiya balanced on his back!

Tackling the Argentine tango is hard, but having the weight of doing the first one of the series must make it all that much harder. Luckily, Alexandra managed to pull off an absolutely stunning one.

Debbie might have had the cringiest start to her routine, but Alexandra had quite possibly the best start to a routine this series. She then went on to deliver some of the best leg action that we’ve seen, with some very daring kicks in between Gorka’s legs – incidentally a place we wouldn’t mind being.

And we cannot leave without mentioning that part where Alexandra stood on Gorka’s feet. Considering this was intentional, it’s amazing how neither party lost any balance, and how smooth it looked. Simply amazing.

Strictly’s next live show is next Saturday at 18:45 on BBC One. And if you still need Strictly magic in your life Strictly: It Takes Two will be on every weekday at 6:30 pm on BBC Two, with the Friday show starting at 6:00 pm. And if that’s still not enough for you, a Children In Need special with Blue Peter presenters from both past and present will air this Friday.