The 20 best queer albums of the decade (so far) 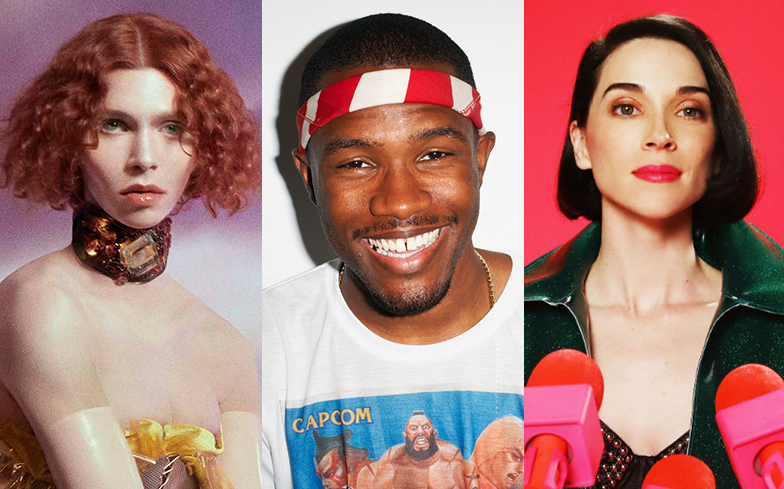 This decade has introduced us to more out-and-proud queer artists than ever before.

Every year, we see an increase in performers coming out of the closet and living their  – as cliche as it sounds – “truth”, which has seen a massive increase in queer visibility, authentic songwriting and role models for LGBTQ youth.

We decided to round up our favourite queer albums of the decade, from the chart-topping electrobangers of Years & Years, to the experimental sounds of Anohni, and the critically-acclaimed celebration of queerness from Janelle Monae.

It might be easy to write him off as your mum’s favourite Pop Idol winner, but Will Young has had some moments of sheer brilliance throughout his decade-and-a-half-long career. Seven years on, and Echoes remains a prime example of how to execute adult pop to perfection: Jealousy still evokes those painful memories of unrequited love, while I Just Want A Lover remains the most effortlessly cool thing he’s ever pulled off.

Pet Shop Boys’ twelfth studio album Electric earned the band their first top three album in the UK since 1993, and became one of their most critically-acclaimed releases to date. Due to the “reflective mood” of their previous album Elysium, the synthpop duo upped the tempo and explored other genres such as EDM, electro-house, dance-pop and techno – and they did so flawlessly.

Last year, American singer/songwriter Kelela stomped on our necks and fucked up our circulatory system with the release of her debut album, Take Me Apart. The innovative production, vocal delivery and sensational songwriting resulted in universal acclaim from critics, who commended it as one of the best debuts of the decade.

Standout track: I’m Not the Only One

The debut studio album of British singer/songwriter Sam Smith sold an unprecedented 12 million copies, reached 8xPlatinum in his home country and spawned six smash-hit singles. Lay Me Down, Money on My Mind and Stay With Me all topped the charts in the UK, with the latter winning two Grammy Awards: Record of the Year and Song of the Year.

Australian songstress Sia had always been a massive name in the music industry, but it wasn’t until her sixth studio album – 1000 Forms of Fear – that she made an impact as a solo artist. Chandelier is one of the most viewed videos on YouTube – with 1.8 billion views – and received four nominations at the Grammy Awards. Other standout tracks include the electropop-trap Elastic Heart, electronic ballad Big Girls Cry and synthpop jam Fire Meets Gasoline.

Tove Lo’s third studio album, Blue Lips, stands as her most solid work to date – despite only charting at a measly #138 in the United States. Deadpan electroclash banger Disco Tits is her wackiest, most irreverent song – and video – so far, and one of the most underrated pop jams of the decade. Bitches, Shedontknowbutsheknows and Cycles are also career highlights – especially the former, which received a sickening remix with Charli XCX, Alma, Icona Pop and Elliphant.

Standout track: I Know A Place

American electropop band MUNA developed a massive queer following with About U, a flawless 12-track-collection of bops in which they refuse to use gender-based pronouns. The standout moments come in the form of I Know a Place, End of Desire and So Special, a feminist anthem for “the slut-shamed girls of the world who have to assert their own value”.

Standout track: What I Need

American performer Hayley Kiyoko made her much anticipated debut this year with Expectations, which provided us with synthpop perfection in Sleepover, Feelings, What I Need and Curious. She was hailed as “the first unabashedly queer female” in pop, which led to her honorific title: The Lesbian Jesus.

British singer/songwriter and record producer Shura delivered synthpop perfection with Nothing’s Real, a refreshing take on 80s pop. Touch – the album’s lead single – is the standout cut however, with its gender blind music video being her most powerful moment to date.

Azealia Banks may be one of the most controversial artists of the decade, but there’s no denying her talent, and it shone through in droves on her critically-acclaimed debut album Broke With Expensive Taste. Blending an expansive range of genres – from the diva house beats of Chasing Time to the manic screamo of Yung Rapunxel – and showcasing her superior vocals and flow, Azealia proved that the heavily-delayed record was well worth the wait.

The eighth studio album by Canadian duo Tegan and Sara is their poppiest and most commercial effort to date. Greg Kurstin – producer behind some of Kelly Clarkson, Pink and Adele’s biggest hits – delivers some of his most brilliant production so far, with bops such as Boyfriend, That Girl, Faint of Heart and Stop Desire.

Coming-of-age records don’t come more honest and vulnerable than Kevin Abstract’s second studio album. Released just before Brockhampton – the self-described boyband he currently fronts – started to gain significant traction, American Boyfriend: A Suburban Love Story consists of same-sex desire, broken hearts, and the rejection Kevin faced from close ones for being true to who he is. Standout tracks include Empty (with its brilliant music video), Seventeen, and Runner. There are echoes of Frank Ocean – mainly because they share producer Michael Uzowuru – the heart and soul of American Boyfriend is uniquely Kevin’s as he navigates his identity as a young gay man of colour.

Kehlani’s long-awaited debut album came a year and a half after her acclaimed mixtape, You Should Be Here, which earned the rising star a Grammy nomination for Best Urban Contemporary Album. SweetSexySavage lived up to its success and more. The record debuted at number three on the US Billboard 200, was praised by critics, spawned a worldwide tour, and was filled to brim with R&B anthems and bangerz.

Masseduction – St. Vincent’s fifth studio album – combined elements of electropop, glam rock, new wave, ambient rock, psychedelic rock and dream pop, and became one of the most critically-acclaimed albums of 2017. It also became her first top ten album in the UK and United States, and spawned her finest moment to date in Los Ageless.

6. SOPHIE – OIL OF EVERY PEARL’S UN-INSIDES

Scottish record producer SOPHIE received massive amounts of critical acclaim with Oil of Every Pearl’s Un-Insides, a masterpiece in progressive, avant-pop. Critics lauded the record for its innovative and experimental production (she produced it all by herself) and for dealing with issues such as gender and beauty. Standouts include Ponyboy, Faceshopping and Immaterial.

The debut solo album of British-American artist Anohni departed from the chamber pop style of her previous work with NYC collective Anthony and the Johnsons. Hopelessness – an experimental dance and synthpop record – explored political themes such as surveillance, capital punishment drone warfare and environmental crisis. It received heaps of praise and earned the visual artist a BRIT nomination.

She’s spent her entire career holding a middle finger to gender stereotypes and blending queer sensibilities into her art, but it was only with her latest release, the critically-acclaimed Dirty Computer, that she fully opened up about her identity as part of the LGBTQ community. “I read about pansexuality and was like, oh, these are things that I identify with,” she said during an interview with Rolling Stone this year, and those themes are explored on the record as she refers to herself as a “sexual bender” and runs between male and female lovers in the accompanying visual film.

Standout track: Talk Me Down

At just 20 years old, Troye Sivan released one of the tightest and atmospheric pop albums of the decade, showing maturity far beyond his age as an artist. “Without changing a part of me, how do I get to heaven?” he questions on the debut record, which deals with discrimination, unrequited love, and youth suicide among other issues facing the community. While sophomore album Bloom is shaping up to be a superior follow-up, the impact of Blue Neighbourhood can’t be understated.

To say Frank Ocean’s proper debut album Channel Orange was a moment is an understatement. With a simple coming out post on his Tumblr, the significance of this record soared tenfold. Here was a prominent man of colour in music singing about same-sex desire, not shying away from his true emotions, and writing lyrics that deeply resonate with a community that had been marginalised for far too long. And the music was fucking good. Lost, Forrest Gump, Thinkin’ Bout You, and Pyramids have become modern classics; compelling storytelling on a bed of rich textures and tight structure. It can all be summed up in one word: masterpiece.