The 15 best episodes of Charmed ranked 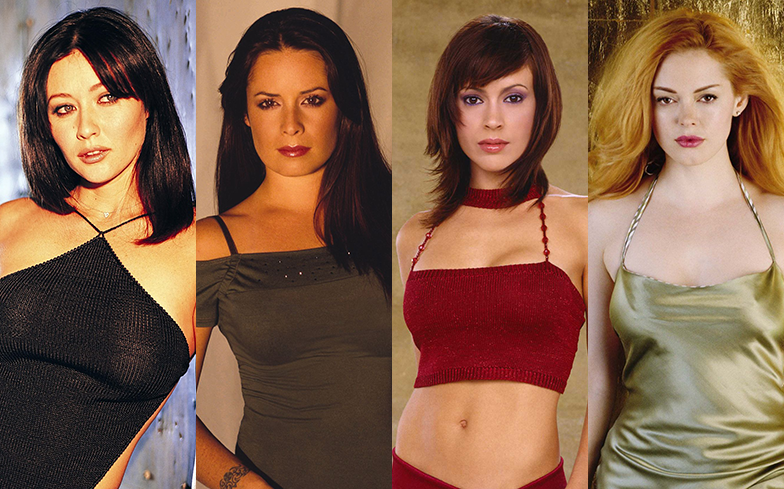 Because Charmed turned 20 this year, we got a little nostalgic and ranked the series’ fifteen greatest episodes.

Airing for eight seasons from 1998-2006, the series starred Shannen Doherty, Holly Marie Combs, Alyssa Milano and Rose McGowan as sister witches, who use their combined “Power of Three” to vanquish demons, warlocks, all evil-dwellers, etc.

Because of its critical acclaim (and because it was the second most streamed show of 2012, six years after the finale), Charmed received a reboot by The CW, which aired its first episode on 14 October.

So in celebration of that, and its 20 year anniversary, we’ve ranked the show’s fifteen greatest episodes. See below… The first ever episode of Charmed introduces us to the original three sister witches: Prue, Piper and Phoebe Halliwell. It follows each character as they discover their magical ancestry, and a warlock named Jeremy (also Piper’s boyfriend) who aims to steal their powers by gutting them with an athamé. It leads to a fantastic climax where the Charmed Ones obliterate the bastard with “the power of three”. Fun fact: at the time, it was watched by 7.7 million viewers and broke the record for the highest-rated premiere episode in The WB’s history. The fourth season premiere is shocking, honestly. The episode’s opening scene reveals that Prue, the lead character and most powerful sister, succumbed to her wounds from Shax’s attack in the season three finale. With Prue’s death, the Power of Three is severed. However, it turns out that their mother Patty did the hanky panky with Sam – her whitelighter – and had a secret child, which means the Power of Three can be reconstituted. The scandal! After four seasons of being targeted by The Source of All Evil and his minions, the Charmed Ones come face-to-face with their number one nemesis for an explosive, action-packed showdown. The Source breaks an age-old agreement to release The Hollow, an ancient thingy-majiggy which he uses to steal Piper and Paige’s powers. Thanks to Cole, and Phoebe’s powers of levitation and natural martial artists abilities (yas queen!), The Charmed Ones finally vanquish The Source – but not without a price. Cole becomes possessed by the evil entity, which leads to his Underworld takeover. Honestly, the amount of twists and turns on this show… Game of Thrones could nevah! The Power of Three are attacked by a powerful, smug warlock twat called Nicholas, who claims that he made a pact with their mother in exchange for their powers. Confused, they travel back in time to the 70s to try and prevent the pact from taking place. It’s a super fun episode, because we learn more about their mother and their “Grams”. Also, seeing Phoebe kick the crap out of him several times was sooooo much fun to watch. Some fans argue that season six is when Charmed lost its magic, but they need to stfu. Valhalley of the Dolls is everything we could ever want from a season premiere: three badass witches dressing up as Valkyries to infiltrate a mythical island called Valhalla to rescue a man? Like, c’mon! Whoever said the Charmed reboot is a “feminist take” on the original series needs to be fired. Evil Phoebe saves an innocent from an attack and turns to her sisters for help, who want nothing more than for her to revert back to the good side. Because of Phoebe’s “recklessness”, she and Cole must prove their allegiance to the Underworld by killing Piper and Paige. However, Phoebe turns on her loved one and vanquishes him, alongside her sisters. It’s honestly devastating, and the last scene with all three sisters is heartbreaking to watch. Cole and Phoebe forever! (When neither of them are evil, that is.) Season eight of Charmed isn’t the best. The storyline with Billie and Christie having to murder the sisters because they were using their magic recklessly was honestly so stupid. Oh, and the whole magical community turning their backs on them after everything they’d done for them in the past eight years? Honestly, I could go on. I’m still fumin’. However, the series finale was astounding. After the deaths of Phoebe and Paige, Piper travels back in time to reverse the tragedy, and receives help from her mother, her Grams, and a grown-up Chris and Wyatt. Piper ends up saving the day, Billie realises how stupid she was, and the Charmed Ones live happily ever after. It’s such a tear-jerker. The Charmed Ones’ biggest foe, Barbas, returns to San Francisco and tricks Paige into giving him Cole’s powers. He then barricades the sisters in the Halliwell manor, and pits them against their darkest fears. It’s a fantastic episode because Billy Drago plays Barbas so well, and he always feels like a genuine threat against them. Also, the sequence in which Phoebe attacks Paige, thinking she’s Barbas, is probably one of the most gut-wrenching moments from the whole series. Another time-travelling episode! Phoebe is attacked by an invisible force, and Leo (because he knows everything) warns her that it’s a signal from her past life. So under his advice, Phoebe casts a spell to live her former life in the 1920s, where she finds out she was evil and planning to steal her cousin’s powers with her warlock bf Anton. The outfits are great, Alyssa Milano playing an evil biyotch is fantastic, and Greg Vaughan (Dan) in a tux… Oh honey honey honey. Witch Wars is basically Charmed meets Battle Royale. In the episode, the sisters are tricked into competing in a demonic reality show where demon contestants compete to hunt down witches for their powers. It’s sick, twisted and fun, and sees a bloodthirsty Phoebe take no fucking prisoners. The scene where she shimmers to the underground and destroys hoards of demons? “Looks your show just got cancelled.” All hail Phoebe!

The Halliwell sisters are targeted by The Demon of Illusion, who uses his powers to transport horror movie characters into the real world. Like, imagine if Michael Myers or Ghostface jumped out of the cinema screen and tried to stab the shit out of you? HONESTLY. This episode is so good because the sister’s powers are immune against their foes, so they have to use their movie knowledge to take them down. I’m starting to sound like a Phoebe stan now, but again, she kicks so much ass in this episode. Laurie Strode who? Sidney Prescott who? Charmed’s first season finale sees the debut of time sorcerer Tempus, who creates a time-loop to destroy the sisters. The first time around, Phoebe dies. The second time around, both Phoebe and Piper die. Because of Phoebe’s powers of premonition, she experiences deja vu and manages to figure it out each time, which results in a stunning finale where Andy, Prue’s first love, sacrifices himself to save them. It’s so sad. The show’s 100th episode did not hold back, like, at all. In his twisted attempt at winning Phoebe back, Cole casts a spell that alters reality to a time where the sisters never met Paige. Because Paige sneezed and orbed at the exact same moment Cole cast the spell, she is transported into the reality and has to convince a rogue Piper and Phoebe of her origins. After successfully winning over Piper and Leo, they confront Cole, where Phoebe vanquishes Cole for the final time. Again, so sad. In Morality Bites, Phoebe has a premonition of her own execution on death row. To figure out how it happens, the sisters travel to the future for answers. They discover that witch trials have returned, and Phoebe vengefully used her powers to eliminate a famous sports star after he killed her close friend. At the end of the episode, Phoebe accepts her fate, and is burned to death. Is this the darkest Charmed ever got? Probably. After the sisters are exposed as witches, Piper is shot and killed. In order to reverse the events, the sisters enlist the help of time-travelling demon Tempus, who agrees to their demands on one condition: Phoebe stays in the Underworld with The Source and reverts to the dark side. When time is reversed, Prue and Piper are attacked by The Source’s right-hand man, Shax, and are left for dead. It’s quintessential Charmed, and is one of the best episodes of any fantasy drama ever.