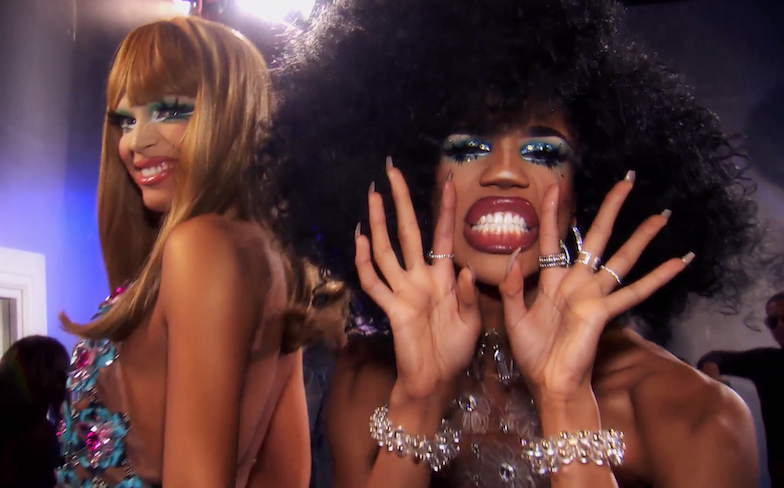 We know we speak for all Drag Race fans when we say we are living for these Club 96 memes. If you’re somehow unaware, in the seventh episode of All Stars 4, the queens were tasked with designing and hosting their own VIB club nights.

Naomi Smalls and Valentina paid tribute to 1996 fashion, and although they were both deemed the bottom two All Stars of the week (resulting in the latter’s elimination), their club was the one that made the most impact.

During their challenge, the two fan-favourite contestants repeatedly whispered “Club 96” – the name of their club night – and it’s gone viral. It’s not Miss Vanjie viral, but it’s made a big enough dent on the internet to warrant us doing this article.

The seventh episode of Drag Race All Stars 4 is now available to stream on NOW TV. The penultimate episode will air this Friday on VH1 in the United States, and will premiere shortly after on Comedy Central in the UK.

Last month, the cast of Drag Race season 11 was announced on VH1’s official YouTube channel by reigning champion Aquaria and Olympic skater Adam Rippon, and honey, these queens are fieeeeeeeeerce!

According to Sun Herald, the Emmy Award-winning reality competition will air 1 March on VH1 in the United States.

While we can’t confirm the date, it would make sense considering seasons seven, eight, nine and 10 all premiered in March. Meanwhile, the finale of All Stars 4 is set to air on 15 February, giving a couple of weeks break between the two seasons.

Related: Did you spot what Valentina left the All Stars queens in the Drag Race werkroom?