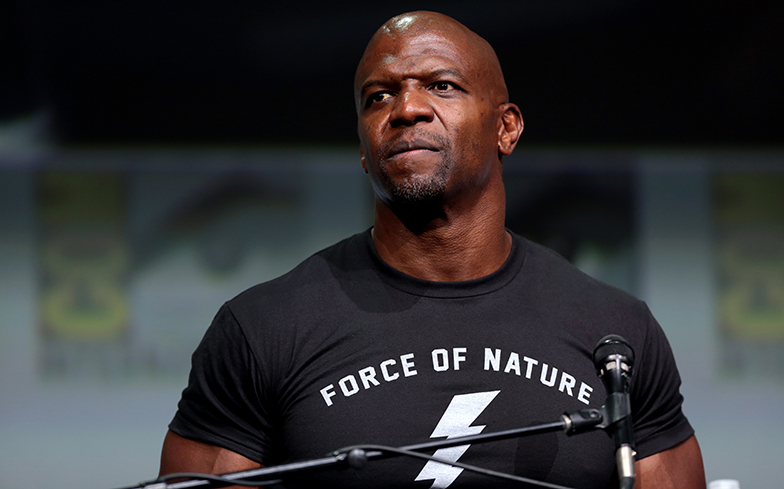 Earlier this week, Terry Crews became embroiled in controversy after he said that the children of same-sex parents were “severely malnourished.”

His comments came during a Twitter argument after he suggested that a woman may be allowed to speak with men, but never for men, ignoring the obvious irony that men have been (and largely still are) speaking for women in most positions of power, for decades.

And when the conversation turned to same-sex parents, Crews stated that he believed that paternal and maternal love were like “vitamins and minerals.”

One user confronted him over this, saying that “a child will not starve with only one gender loving them”, but responding in a (since deleted) quick and short reply Crews quipped “but they will be severely malnourished”.

Many took issue with Crews’s comments, and it seems that his Brooklyn Nine-Nine co-star, Stephanie Beatriz, who identifies as bisexual, also took issue, as she spoke to him about the issue.

Had a great talk with @iamstephbeatz this morning on set that shed a lot of light on why the LBGTQ community were hurt by my comments.

I want to apologize for anyone who was triggered or felt targeted. I was speaking out of my very personal experiences as a Black Father.

Posting about their conversation on Twitter, Crews issued an apology saying: “Had a great talk with Stephanie Beatriz this morning on set that shed a lot of light on why the LGBTQ community were hurt by my comments.

“I want to apologize for anyone who was triggered or felt targeted. I was speaking out of my very personal experiences as a Black Father. And while those experiences for me are very true and real, these can differ greatly from the experiences of others.

“Being able to sit with Stephenie Beatriz gave me a perspective I had not seen before. I believe men need to be more vulnerable in order to fix the many problems that we created and this starts with me. We don’t always have to agree, but we must always listen.

“I love every person on earth, and want to see every man, woman and child flourish.”

His apology attracted a mixed response from users, with some commending him to listening to an opposing view and seeing how his words may have offended, but others pointed out that Crews had only apologised for offending people, not for holding these views. They also pointed out how his apology didn’t mention his original comments about women which caused the whole argument to unfold.