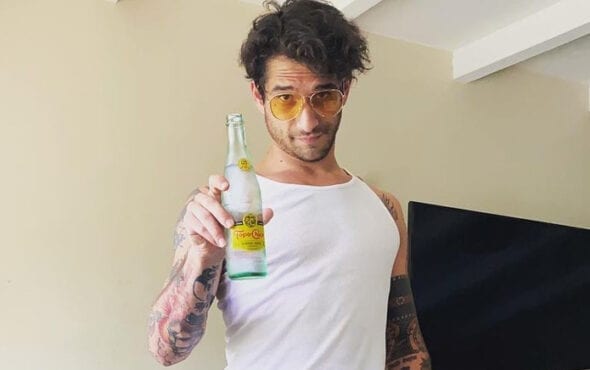 Tyler Posey has reflected on his coming out as sexually fluid.

The actor, best known for his role as Scott McCall on Teen Wolf, discussed his sobriety, foray into the world of OnlyFans and sexuality on the latest episode of the Just for Variety podcast.

Previously, Posey said he was hesitant about joining the subscription service, which has revolutionised the way social media influencers engage with their followers, because he didn’t want to be objectified by subscribers.

When the interviewer proposed that being objectified automatically comes with being on OnlyFans, Posey responded: “I think so. OnlyFans, where do I start with this? I don’t feel that way anymore, objectified, because what fixed that was that that’s going to happen no matter what. OnlyFans was a trip for me.”

Posey credits fellow actor Bella Thorne with ‘helping’ him through the process. The former GAY TIMES cover star and Shake It Up actress set an OnlyFans record last year when she earned over $1 million through revenue on the platform, just 24 hours after launching her account.

“I really liked her pitch. It was really cool. A way to be artistic and push out different content, new content,” said Posey. “It’s also been a big experiment for me, because I’ve never been a model. I felt icky modeling. So it’s a little bit of me stepping out of that box and out of my comfort zone and trying new things.”

Although he doesn’t like to define his sexuality, Posey came out as sexually fluid on the platform last year and opened up about his past relationships with both men and women. Calling it a “split-second decision,” Posey said he was unaware of the amount of press his comments would attract, before hitting out at tabloids for labelling him as pansexual, which he doesn’t identify as.

“The kids, the fans, or whoever wrote those articles labeled that. I thought that was really interesting that it just broke down this wall that I didn’t feel like I put up, but it was easier for me to just be honest about all that stuff,” he continued.

“I’m just really trying to make it artistic, but if I have to show my butt, I want to make it really funny, not take myself seriously, and bring that to OnlyFans, because that’s who I am. I am a little taboo. I’ve always been a little bit edgier and sexually inclined and just wanting to push the envelope in a bunch of different ways.”

Posey went on to praise the platform for allowing him to discuss various topics with his fans, whether that’s about his “sexuality or drug abuse”.

You can listen to Tyler Posey’s full interview with Variety here.