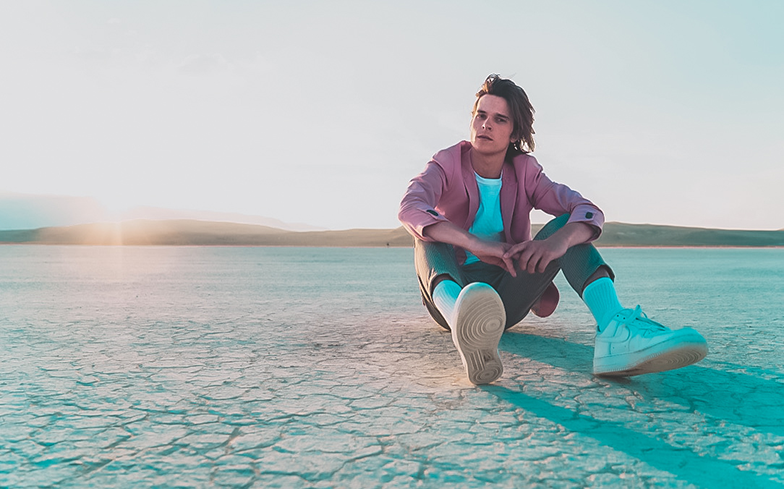 Teddy Jackson has released the video for his debut single, Pretty Runaways.

The R&B and pop anthem, which was self-produced by the New Zealand-born artist, recalls when he “sparked chemistry with a guy that was basically a total stranger” and embarked on an impulsive road trip to California with him.

Teddy told us: “I had a lot of stuff to figure out in regards to who I am and what kind of artist I wanted to be. The memory is so beautiful to me and sort of captures a big growth period of my life but I think it will remain a memory.”

The visual for the laidback bop is gorgeous, having been filmed when the emerging star was on a road trip to Burning Man, along Highway 365 from Los Angeles to Northern Nevada. Watch the cinematic video below.

“In the year that has passed since I shot that video, I’ve made huge steps towards finding my voice and identity and so have started a new chapter in my music and I’m excited to show everyone the next stage of my evolution,” Teddy added.

“I have a couple more singles lined up this year which explore my sexuality and identity in more depth.”

As well as working on his own artistry, Teddy is dedicated to helping up-and-coming queer talent find their voice in the music industry due to the “gender disparity” and lack of queer visibility within entertainment.

“The vast majority of music producers are straight males. When I studied music production in London, I was shocked at the lack of women and members of the LGBTQ+ community in the classes,” he explained.

It inspired Teddy to work with emerging queer talent and to allow them to be “as unabashedly queer as they like in a safe environment with someone who can relate to them and help elevate what they want to say.”

Teddy Jackson’s debut single Pretty Runaways is now available on iTunes and streaming services. You can follow him on Instagram here.