Cruz, who has since listed her TikTok account (@_caro_iguess_) as private, has become an internet sensation after online users realised she is the Texas senator’s daughter. The Senator has another daughter, Catherine, aged 11.

The senator teen daughter’s profile included pronouns as “she/her” and her sexuality listed as “bi”.

An online user questioned Cruz regarding her sexuality and asked whether her father knows about how she identifies.

Cruz replied below the comment: “I haven’t told him yet, I’m kinda nervous to tbh but I don’t think he would be mad about it.”

Alongside answering questions from online followers, the teen posted various videos expressing the realities of her life and has been vocal about disagreeing with her father’s well-known conservative values.

“Some of the good things are we get candy and gifts in the mail. We also get to travel sometimes,” she said, listing positives.

However, the teen revealed her experiences of ‘bad things’ which range from constant security detail present to the public presuming her political opinions.

‘I literally have to have security following me everywhere,’ she said in her TikTok video.

Cruz added: “If I want to go on a walk through the neighbourhood or to my friend’s house or something, I have to have like two security guards behind me the entire time.”

Since Cruz’s videos have gone viral, her account has been put on private and her bio removed. However, before this was done screenshots were taken by online users, including the teenager’s comments on bisexuality and inclusion of “bi” in her profile bio. 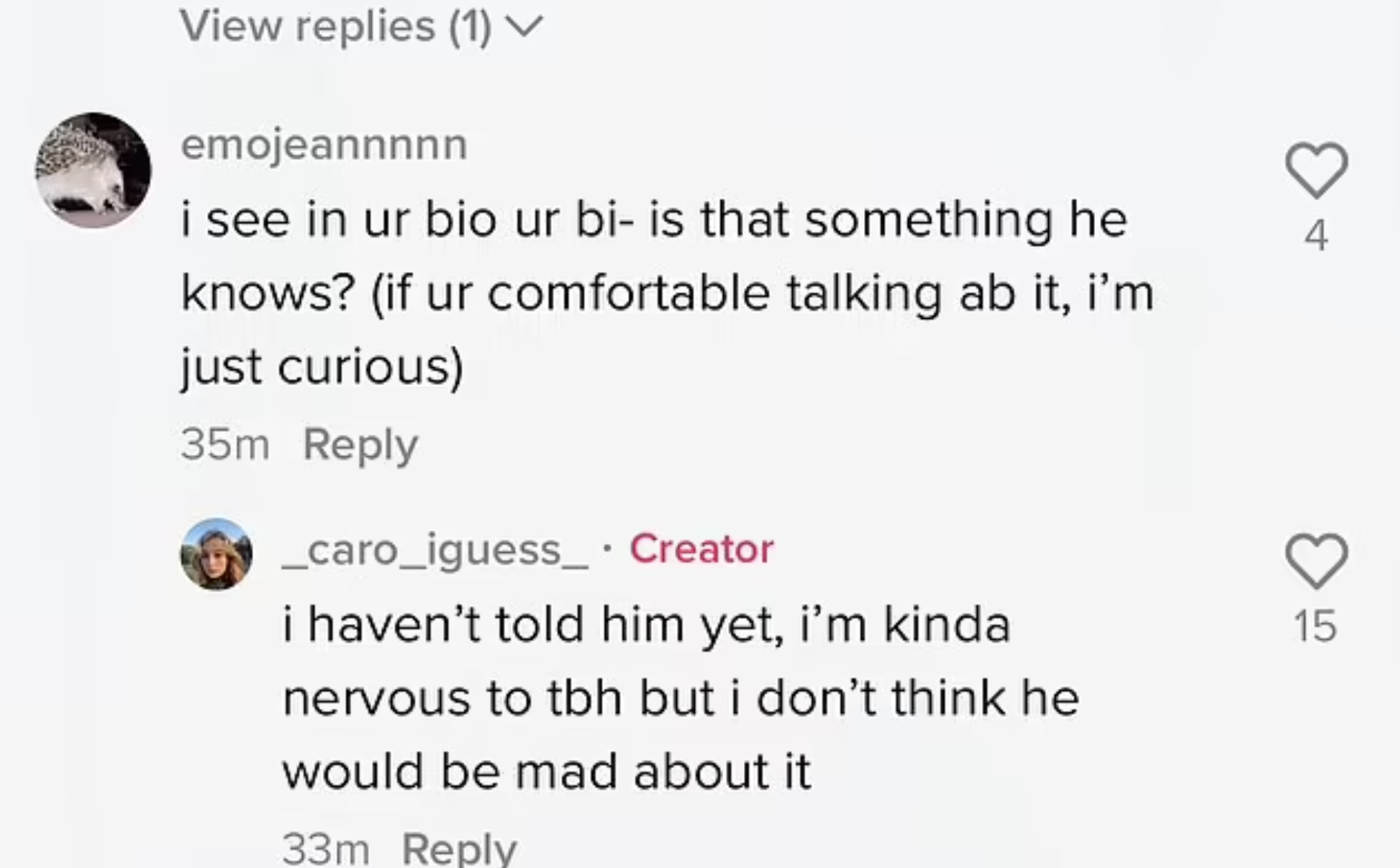 Senator Cruz is known for his anti-LGBTQ+ politics and has vocally been in opposition of same-sex marriage, banning conversion therapy and protections for the LGBTQ+ community. Cruz is the oldest daughter of the senator, 51, and his wife, Heidi, 49.