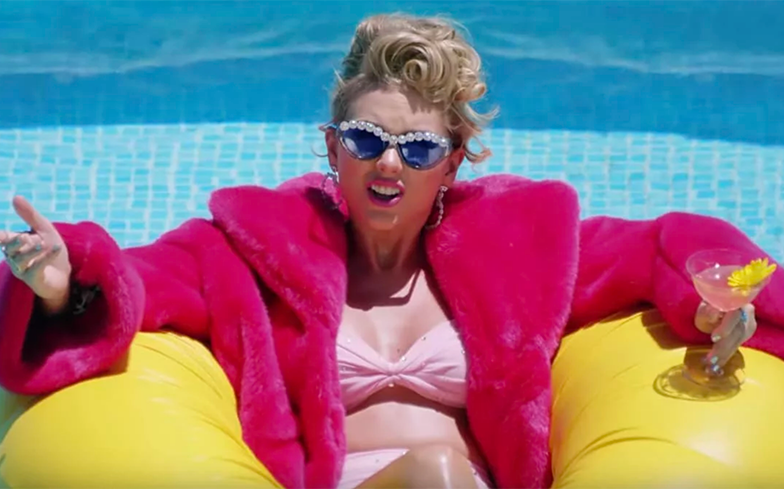 Pop icon Taylor Swift has proven she is not ready to be excluded from LGBTQ+ politics anymore.

It was revealed this Wednesday (October 7) that Swift would be one of the few stars gracing the cover of V Magazine.

In an excerpt of the new interview, which has been branded ‘The Thought Leaders’, Swift speaks candidly about the visibility of the LGBTQ+ community.

“The change we need most is to elect a president who recognizes that people of color deserve to feel safe and represented, that women deserve the right to choose what happens to their bodies, and that the LGBTQIA+ community deserves to be acknowledged and included,” she says.

“Everyone deserves a government that takes global health risks seriously and puts the lives of its people first. The only way we can begin to make things better is to choose leaders who are willing to face these issues and find ways to work through them.”

The pop star publicly announced who she will be endorsing for the upcoming election: “I will proudly vote for Joe Biden and Kamala Harris in this year’s presidential election. Under their leadership, I believe America has a chance to start the healing process it so desperately needs.”

I spoke to @vmagazine about why I’ll be voting for Joe Biden for president. So apt that it’s come out on the night of the VP debate. Gonna be watching and supporting @KamalaHarris by yelling at the tv a lot. And I also have custom cookies 🍪💪😘

Historically, Swift had been called out for lack of political opinion and, in particularly, her silence around the queer community. In the last few years, Swift has worked hard to reverse the narrative.

Many will recall the music video You Need To Calm Down which included an incredibly diverse cast of LGBTQ+ big names, including the Fab Five from Queer Eye, Laverne Cox, drag queens, Adam Lambert, and Hayley Kiyoko.

The singer has since come out in Vogue to address concerns around her previous lack of support for LGBTQ+ people.

“I can’t imagine what my fans in the LGBTQ community might be thinking. It was kind of devastating to realize that I hadn’t been publicly clear about that. I didn’t realise until recently that I could advocate for a community that I’m not a part of.”