Taylor Swift’s new music video for ME! is a camp spectacle 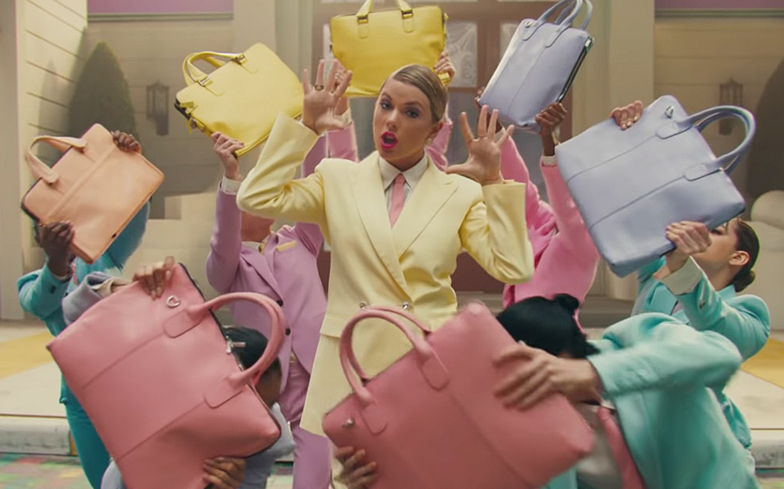 For someone who has built her superstar status writing about heteronormative relationships, Taylor Swift has surprised fans with her most fabulous and inclusive visual release yet.

The singer has teamed up with openly pansexual Panic! At The Disco star Brendon Urie for her new single ME!

The song – which is available to stream and download now – includes empowering lyrics about embracing who you really are and celebrating it.

“ME! is a song about embracing your individuality and really celebrating it, and owning it,” Taylor explained during her appearance on Good Morning America.

“I think that with a pop song, we have the ability to get a melody stuck in people’s heads, and I want it to be one that makes them feel better about themselves.”

Lyrics in the track include: “One of these things is not like the others/Like a rainbow with all of the colours/Baby doll, when it comes to a lover/I promise that you’ll never find another like me.”

The visual sees Taylor and Brendon painting a French-speaking town rainbow, complete with cameos from kittens and unicorns.

What’s more, in one scene Taylor has her hair slicked back and dons a pastel-coloured suit, subverting gender fashion norms and moving away from the doll-like dresses of her very early style.

Fans have also noted that Taylor decided to release the music video on Lesbian Visibility Day.

Don’t get us wrong, this song is by no means overtly queer, but it is yet another instance of Taylor pledging her allegiance with the LGBTQ community with a message of inclusivity.

Last summer, Taylor gave a passionate speech to the LGBTQ community at one of her shows to mark the start of Pride Month in June.

“You know that that might be met with adversity from society,” she said. “So this month, and every month, I want to send out my love and respect to everybody who has been brave enough to be honest about the way they feel, to live their lives as they are, as they feel they should be, as they identify.

“And this is a month where I think we need to celebrate how far we’ve come, but we also need to acknowledge how far we still have left to go. I want to send my love and respect out to everybody who in their journey hasn’t yet felt comfortable enough to come out, and may you do that in your own time.”

Then at the end of 2018, Taylor delivered a surprise duet with Hayley ‘Lesbian Jesus’ Kiyoko at an LGBTQ benefit concert from The Ally Coalition, organised by musician and producer Jack Antonoff.

Earlier this year, Taylor gave a surprise performance of her song King Of My Heart during the engagement party of a gay couple, after they reached out to her saying that the track had a special meaning to them.

And just last month, Taylor contributed $113,000 to Tennessee Equality Project, an organisation dedicated to fighting for LGBTQ rights in the conservative state.

The star wrote a message to the group’s leader, saying that she is “inspired by the work you do” to tackle discrimination.