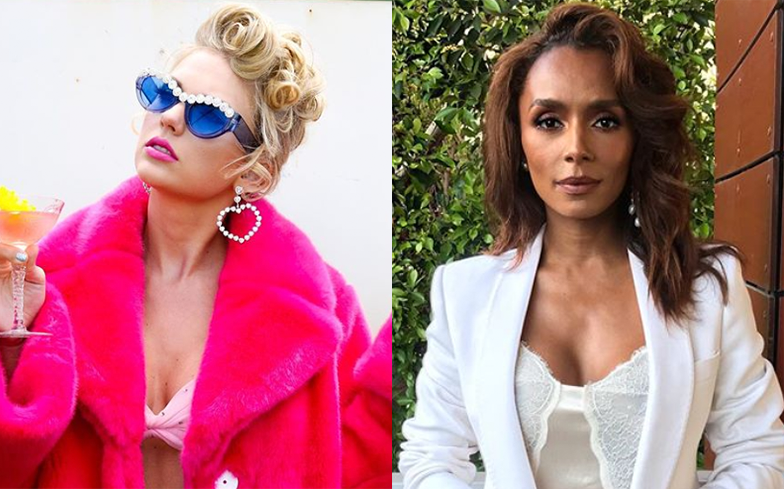 Taylor Swift and Janet Mock are set to be honoured at this year’s GLAAD Media Awards.

The American singer-songwriter, who was criticised in the past for not speaking out on political issues, made her stance on the LGBTQ community much clearer last year with the music video for her pop anthem You Need to Calm Down.

The record-breaking visual starred queer icons such as RuPaul, the Fab Five, Billy Porter, Hayley Kiyoko and Adam Lambert, and concluded with the star urging fans to sign her petition for Senate support of the Equality Act on change.org.

Taylor then epically shaded the Tr*mp administration at the VMAs due to their lack of recognition for the petition, saying: “It has half a million signatures, which is five times the amount it would need to warrant a response from the White House.”

Taylor will receive the Vanguard Award at the 31st Annual GLAAD Media Awards on 16 April at the Beverly Hilton in Los Angeles. Previous recipients include Beyoncé and Jay-Z, Jennifer Lopez, Britney Spears and Kerry Washington.

GLAAD president and CEO Sarah Kate Ellis praised Taylor for “standing up against anti-LGBTQ elected officials” and for “shining attention on the urgent need to protect LGBTQ people from discrimination through the Equality Act”.

She added: “Taylor proudly uses her unique ability to promote LGBTQ acceptance. In a time of political and cultural division, Taylor creates music that unites and calls on her massive fan following to speak up and call for change.”

Janet Mock will receive the Stephen F. Kolzak Award. For her work on Ryan Murphy’s critically-acclaimed drama Pose, Janet became the first trans woman of colour in history to write and direct an episode of television.

Last year, she also landed a three-year multimillion dollar deal with Netflix, making her first trans person to secure a deal of its kind. As part of its deal, Janet will serve as executive producer, writer and director on Netflix’s original series Hollywood.

“Janet Mock is a trailblazing force for diverse and inclusive storytelling who has raised the bar for LGBTQ representation in Hollywood,” said Ellis. “She tells stories that need to be told, including those of transgender people and people of color, in revolutionary and eye-opening ways that inspire and enrich.

“Her passion for inclusive storytelling, combined with her undeniable talents in writing, directing, and producing, will continue to create a Hollywood where voices and stories that have been left out of the conversation are placed front and center.”

Related: Taylor Swift praises gay fan who came out at school to her music.