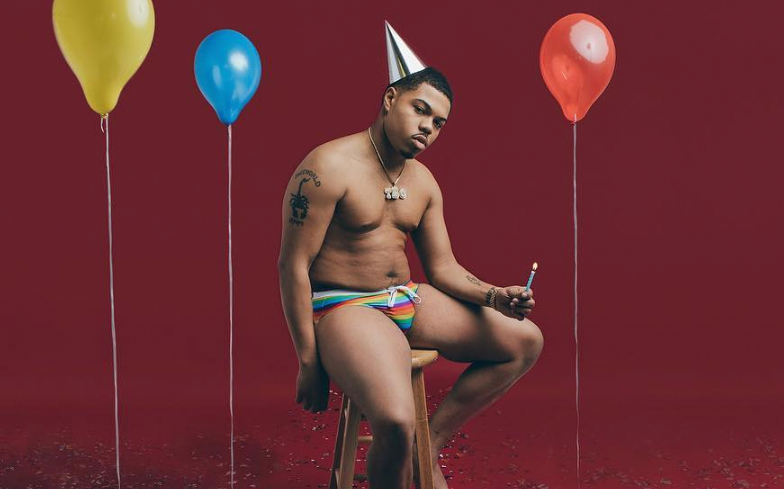 American rapper Taylor Bennett has released his brand new single Be Yourself, which has the perfect sentiment for Pride Month.

The song – which features Bianca Shaw – serves as the title track from his forthcoming collection, which is expected later this year.

“While you competin’ with crabs in a bucket I’m in the ocean / It’s Taylor Bennett, your superhero, the answer’s been spoken,” he raps on the track.

“I told ’em be yourself fast, you gotta scream to the masses / And n***as still call me faggot, but bitch my shit lookin’ fabulous.”

As you can see from the official artwork, Taylor also has the Pride colours on full display in the title.

Taylor Bennett – who is the younger brother of Chance The Rapper – came out as bisexual last year as he turned 21.

“My birthday is tomorrow and moving into next year I’d like to be more open about myself to help others that struggle with the same issues,” Taylor wrote on Twitter at the time.

“Growing up I’ve always felt indifferent about my sexuality and being attracted to one sex and today I would like to openly come out to my fans.

“I do recognise myself as a bisexual male and I do and have always openly supported the gay community and will keep doing so in 2017.”

Taylor’s new collection will serve as the follow-up to his 2017 album Restoration of an American Idol, as well as his mixtape Throw Aways: Unmixed.