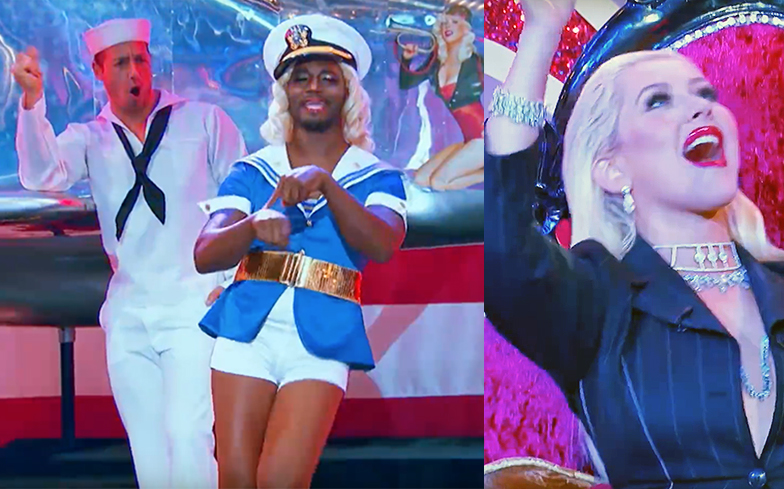 Taye’s really got us working up an appetite…

American actor/hunk Taye Diggs recreated her iconic 1940’s-inspired video for Candyman, and motherf**king slayed the LSB stage (and audience) as he came out in drag, donning a blonde wig and sailor outfit.

Christina was on hand to offer her opinion, and her reaction is brilliant. Watch below.

For anybody surprised at Taye’s killer choreography, it’s not the first time he’s taken to the stage. He previously played the lead role in Broadway’s production of Hedwig and the Angry Inch – also in drag.

The American actor is also famous for his TV roles in Grey’s Anatomy spin-off Private Practice, Murder in the First, and films such as How Stella Got Her Groove Back and Brown Sugar.

Back on the subject of Candyman (because this performance made us remember how utterly brilliant it is), did you know the 2007 hit only charted at #17 on the UK Singles Chart and #25 on the Billboard Hot 100? HOW ABSURD.

Can we start a ‘Justice for Candyman’ change.org petition please? Watch the fantastic video below.