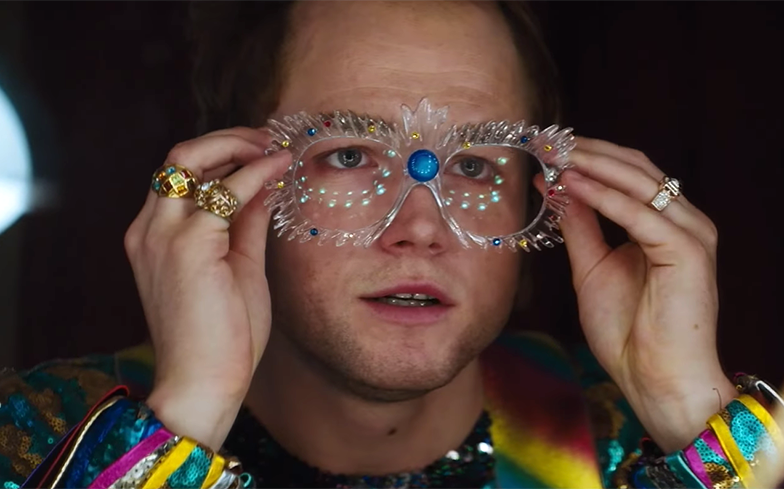 Taron Egerton has revealed that the beginning of Rocketman will see Sir Elton “broken and damaged.”

Taron Egerton has said that the upcoming biopic, Rocketman, will make Sir Elton appear “quite ugly at times.” Taron said the beginning of the film sees Sir Elton going to rehab for help with an addiction.

“I think it’s right at the heart of what makes Rocketman quite special,” he said. “It’s also a story about someone who was not well becoming well.”

Taron also praised Sir Elton for allowing the film to show him at his “most vulnerable”, and said he had spent time with the singer before making the film.

He added: “I spent time with the man. They say don’t meet your heroes, and it’s just not true with Elton John.”

Speaking about the film, Taron said that no “perfect iteration” of any story existed, adding: “What exists is an interpretation. We’re the three guys sat in front of you, so what you see is by and large our shared interpretation.”

Dexter Fletcher, the director the film called it a “musical fantasy”, saying: “It seems a bit sort of vague in a way, but the footage helps to show that.

“Elton is our storyteller in the film and it’s his memory of those times, and sometimes that memory plays tricks on us, or we remember things in a particularly colourful or different way. That’s the idea that we’re playing with.”

The upcoming biopic is based on the life of the legendary musician, and will focus on his early years in the music industry. It will chronicle his rise at the Royal Academy of Music, and his struggles with fame and drug abuse.

And the biopic won’t shy away from Sir Elton’s homosexuality, as Taron Egerton confirmed that he and Richard Madden got “quite physical” with each other for a sex scene.