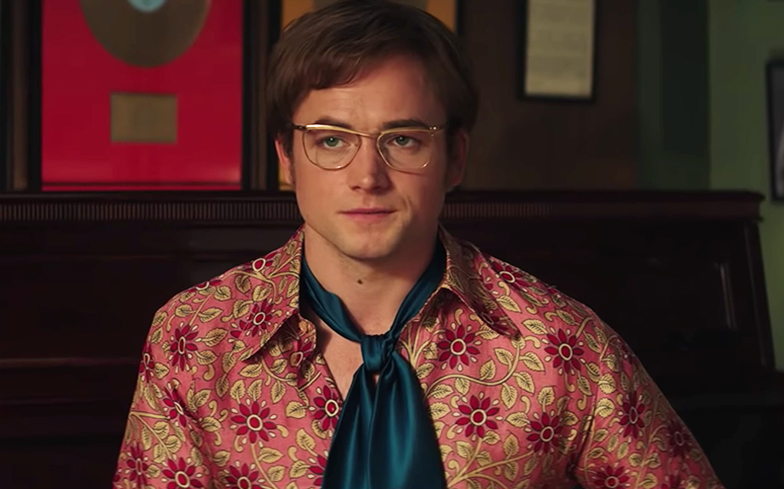 He also addressed the debate over whether he as a straight actor should be playing a gay man.

Ahead of Rocketman’s release, its lead actor Taron Egerton has addressed what it was like kissing a man on screen, as well as the debate over whether straight actors should be playing gay roles.

Egerton said that he threw himself into the role “a hundred percent” adding: “For me, kissing a man onscreen is no less appealing than kissing a woman onscreen.

“I’m not in any way repulsed by the male form. It’s an uncomfortable thing regardless of who you’re with — it makes no difference as to your sexual preference.” This isn’t the first time Taron has spoken openly about the same-sex scenes in Rocketman. Speaking about some of the sex scenes, he said that he and co-star Richard Madden, who plays Elton’s former manager John Reid, got “quite physical” and he later added that he hoped the “explicit” scenes would be in the final cut of the movie.

“The stuff we shot was pretty explicit,” he told British GQ. “I mean, that’s why I made the film. Those scenes are desperately important when you have an icon of that magnitude, who means so much to one community.

“[Elton] has been such a standard bearer. And for me, especially as a heterosexual actor, not to push the envelope as far as I can or try to make it a wholehearted celebration of being a gay man would be wrong.”

Last year, the Rocketman and Kingsman star had to clarify social media rumours about his sexuality. The speculation came after Taron posted an Instagram picture of a male friend with the caption “Cutie. My boy” followed by a heart emoji.

Of course, nowhere in Taron’s post did he actually come out as gay or bisexual, but that didn’t stop some media outlets from speculating about it.

“One of the lads was at my London flat and I Instagrammed a picture of him and said ‘Look at this cutie’, and a million outlets reported I was coming out as gay”, Taron said to Metro.

“I’m not gay but two of my mates came out when I was 15 and it was a joy to support them because, as a group, we are all secure in who we are.”

And Taron’s co-star, Richard Madden also recently weighed in on the debate over straight actors playing gay characters. Speaking to The Guardian, Madden said: “It’s a really terrible route to go down if we start restricting people’s casting based on their personal lives. We have to focus more on diversity and having everyone represented, but I’m also a firm believer in the best actor for the part.”