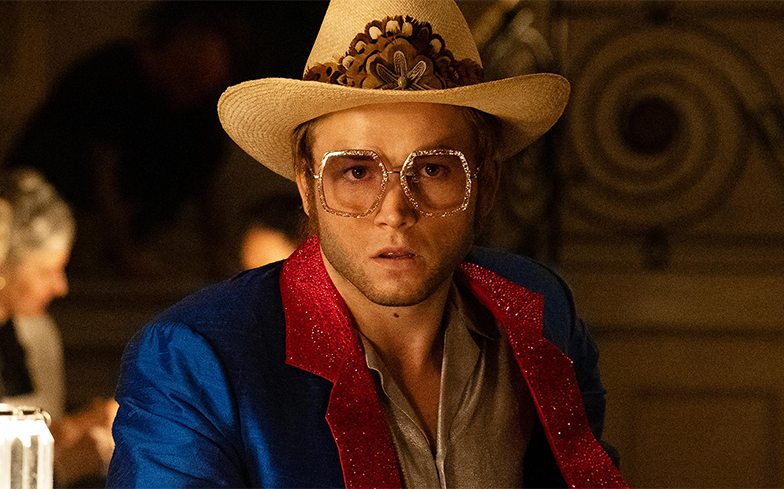 Taron Egerton in drag? We’d like to see it.

The actor formed a close friendship with Elton John after starring in his big screen musical fantasy biopic Rocketman earlier this year, and it seems their bond has continued long after the camera stopped rolling.

While narrating the audiobook version of Elton’s new autobiography Me, Taron recounts how the singer gave his close friends drag names back in the 1970s – Freddie Mercury was Melina and Rod Stewart was Phylis, for example.

Well, it turns out that honour was also afforded to Taron, who was given his own drag name by Elton.

“I think that’s how you know he really likes you,” the actor said in a new interview with Entertainment Weekly. “My drag name is Blodwyn and my surname is Campervan.”

Taron explained that the name was inspired by his Welsh roots, with Blodwyn being a derivative of the Welsh word for flower, and Campervan coming from his love of taking holidays in a small RV with his girlfriend.

And the fun didn’t stop there, as Taron revealed that he dressed up as Blodwyn Campervan during a getaway with his girlfriend at Elton’s home in France.

“I went to stay with him a few weeks ago in his place in the South of France,” Taron recalled.

“And after he went to bed I found his Polaroid camera – and I borrowed my girlfriend’s clothes and I dressed up as what I imagined Blodwyn Campervan might be, and took some photos of me and my girlfriend.

“She drew a moustache on herself. So we both cross-dressed for Elton and David [Furnish]’s amusement, and put it their guest book before we left.”