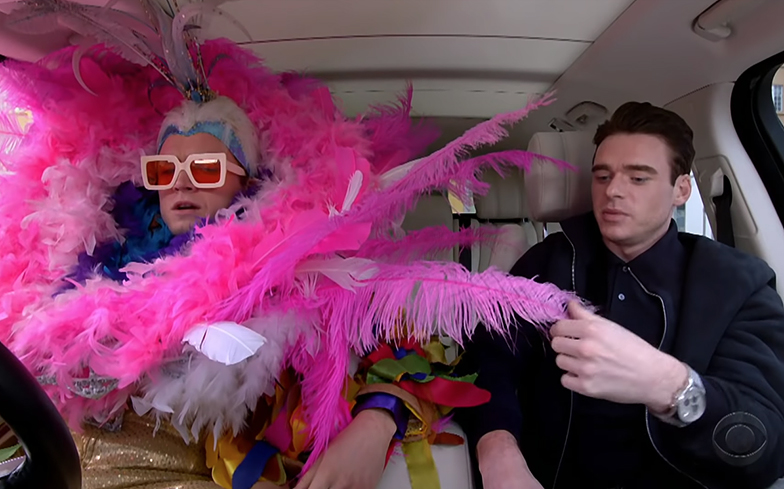 Taron Egerton and Richard Madden are starring in an upcoming Carpool Karaoke.

The two British actors, who play Elton John and his former lover and manager John Reid respectively in new biopic Rocketman, will reunite in a new episode of the long-running series on Apple TV this Friday.

Ahead of that, Taron explained to James Corden on The Late Late Show that they prepared for the experience in a rather unique way – by getting wasted together.

“We went out the night before and got blind drunk, had a good time, woke up, allowed an appropriate amount of time for me to sober up, and then we filmed,” he explained.

James then showed a teaser of the episode, which sees Taron look like a “big multi-coloured chicken” in a costume paying homage to Elton’s more outrageous days, and the pair sing Bennie and the Jets while driving around London.

Watch a preview of the Carpool Karaoke episode below.