Tarlos fans unite! 9-1-1: Lone Star has been renewed for season 4 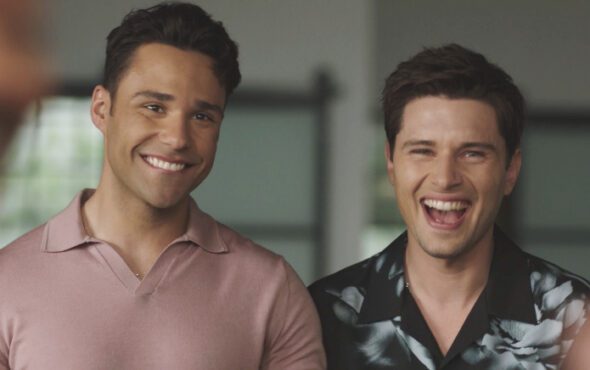 The hit emergency drama, which focuses on the fire and police departments in Austin, Texas, was renewed on 16 May by Fox alongside Call Me Kat, Welcome to Flatch and The Masked Singer.

The fate of Lone Star’s mothership series, 9-1-1, is yet to be confirmed, although the network stated that “additional series renewals” are forthcoming.

“We are in good-faith negotiations [on 9-1-1 and The Resident],” Fox Entertainment CEO said on Fox’s upfront call. “Based on the long history with 20th Television, I think we are in pretty good shape. We adore [co-creator and EP] Ryan [Murphy] and are so pleased that Lone Star is locked and loaded.”

Brian Michael Smith, who plays firefighter Paul Strickland, memorably made history as the first out Black trans man in a series regular role on network television.

The cast also includes Ronen Rubinstein and Rafael Silva as power couple Tyler Kennedy “TK” Strand and Carlos Reyes – more commonly known as “Tarlos” – who have become one of the most shipped TV relationships in recent memory.

Following news of the show’s renewal, Silva said he was “grateful” while Rubinstein celebrated with the following video:

During a conversation with GAY TIMES, Silva attributed the success of the series to the talents of the writers’ room and the diverse array of loveable characters, all of which are unapologetic and unabashed in their identities.

“The diversity and inclusivity of [9-1-1: Lone Star] resonates with people because that’s what the world has always looked like,” he said.

“[Lone Star] shows more truth than perpetuated stereotypes of each person, of gay characters, of trans characters, of the Muslim culture, even the Texan culture. It has resonated with a lot of people because it portrays what the world looks like today, and what it’s always looked like.”

You can read our entire cover conversation with Silva here.