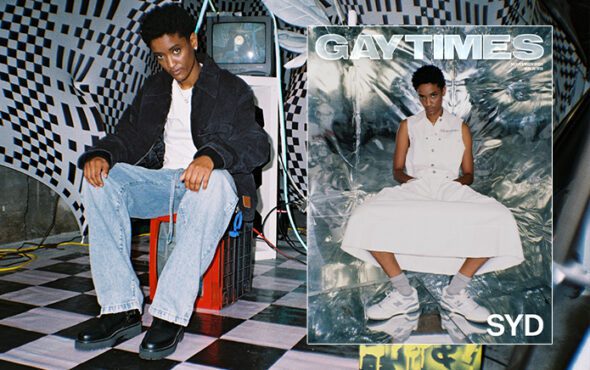 In our new GAY TIMES issue, The Internet star opens up on her sophomore solo album, finding her voice and Lil Nas X.

This month, we have musical pacemaker Syd Bennet taking over our digital cover. The Grammy-nominated soulful singer-songwriter is known for her years under the Odd Future collective and, now, is part of a tightly knit dynamic group called The Internet.

Speaking exclusively to GAY TIMES, the 29-year-old revealed how she is adjusting to the music industry rebounding from the pandemic and her own heartbreak.

As the former Odd Future star stepped away from lockdown life, the artist found time to reflect on a relationship which she thought “that could be forever”.

“This album is about my last relationship. When I first started writing it, I was still in the relationship and I thought that it was going to last forever. But then it ended at the beginning of the pandemic, and I had to take a long break from music, from this album, and I couldn’t listen to it anymore,” she tells GAY TIMES over Zoom.

As both experiences overlapped, Syd took the time to creatively recoup and came out stronger for it. Now, she says the break up channelled a greater outcome she wouldn’t have foreseen herself. And, in turn, a brilliant album that captures the candour of hindsight.

Speaking of new music, the California artist admits she is pleased to see the industry edge in a more progressive direction. “I’ve noticed a push in the gay agenda and I’m happy to see people like Lil Nas X doing it because it’s true to him, and we know that it’s true to him,” she nods over the call.

Cautious of how LGBTQ+ artists can be (and have been) exploited, she hopes the new wave of acts are authentically pledging to queer liberation. Despite this, she is grateful for the change the Old Town Road singer has brought.

“I’m happy that it’s people like Lil Nas X who are at the head of it right now because at least that’s him,” she replies. “We can tell that it’s not somebody pushing him to push his agenda and that’s how I want it to stay. I want it to stay in the hands of the people.”