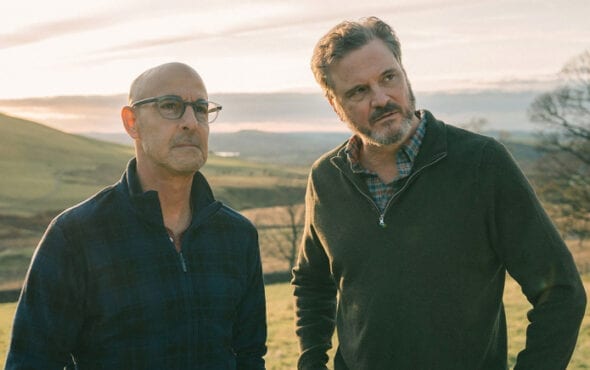 A sex scene between the two stars has been removed due to the country’s anti-LGBTQ+ stance.

According to a report from The Moscow Times, a Russian distributor has taken it upon themselves to censor gay scenes from the LGBTQ+ centred movie Supernova.

The film is a romantic LGBTQ+ drama starring Colin Firth and Stanley Tucci as Sam and Tusker, partners of 20 years.

Following Tusker’s diagnosis of young-onset dementia, the couple travel across England in their campervan where their “individual ideas for their future begin to collide”.

“At least one scene where the characters try to have sex after a dramatic dialogue has disappeared from the story,” they reported.

“Still, several viewers of the stripped-down version confirmed that it’s clear from the context even after self-censorship that the characters are a couple.”

Due to Russia’s anti-LGBTQ+ stances and their gay propaganda law, the distributor cut the scene in fear of the film not being shown in theaters.

It has also been revealed that World Pictures requested critics to not mention or remove the word “gay” from its reviews.

Critic Yefim Gugin told the Moscow Times that the rampant censorship within the film and its media coverage “shows the huge social gap” between Russian and “the conventional West”.

The director of the film, Harry Macqueen, also released a statement to The Advocate slamming the censorship.

“We the filmmakers object in the strongest possible terms to the censorship of Supernova in Russia. It is deeply troubling that the film has been edited without our permission and against our will,” he stated.

“We want the film to be shown in it’s original, unedited form everywhere around the world. While we recognise the pressure the Russian distributors have been put under, we will not tolerate censorship of this nature.”

This isn’t the first time that films with LGBTQ+ stories and characters have been censored in Russia.

The Elton John biopic Rocketman and Disney film Onward fell victim to this, with many of its scenes left on the cutting room floor due to their LGBTQ+ subtext.

Watch Supernova in select theatres and on Amazon Prime.