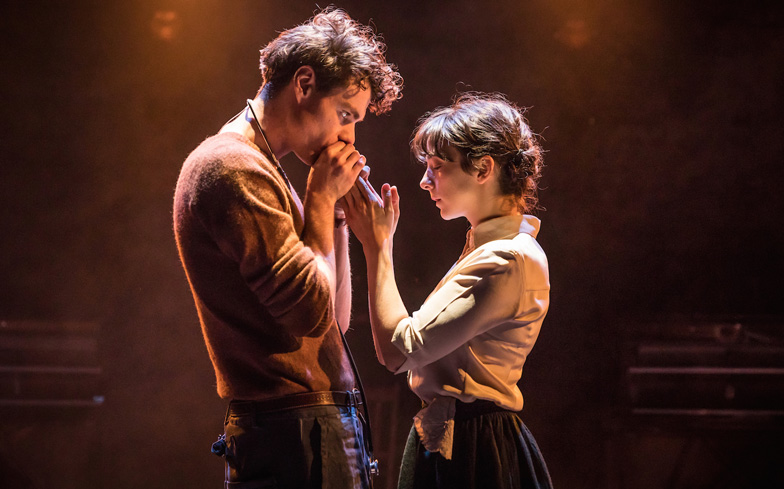 First staged in 1948 hot on the heels of Tennessee Williams’ hit plays A Streetcar Named Desire and The Glass Menagerie, Summer and Smoke may be less well known and rarely performed but still proves to be a mighty fine play. Set in Mississippi during a hot summer, it tells the story of preacher’s daughter Alma and doctor’s son John. She is trapped by a sense of duty and the religion she’s inherited; he rebels against the life set out before him with a cocktail of alcohol, gambling and regular liaisons with women.

There’s a constant push-pull, will-they-won’t-they narrative to their romance which makes watching their story so intense. Every second is captivating – there isn’t a detail that’s been overlooked, no gesture or movement that feels superfluous. The slightest change of facial expression or posture is frequently dripping with subtext. The quality of the script is a major factor here, too – some of the lines are pure poetry, others are devastating where they need to be.

The acting is absolutely top notch throughout. We completely bought into Patsy Ferran as Alma – this is a revelatory performance from the talented young actor. Her accent is spot on – including the initially confusing elongated As which set her apart from her townsfolk – and she adds a great deal of physical theatre to the role with her nervous laughter, gulping of air and constant fidgeting and ticks. Matthew Needham impresses as John, too; his character is commendably unpleasant, yet there remains a genuine, palpable, exciting chemistry between the two.

We were really impressed by the staging of this production, too. The set is simple – seven upright pianos with their front panels removed create the space, the different scenes denoted by the moving of chairs around the stage – but it’s wonderfully effective. The intelligent use of lighting and smoke throughout create an ethereal, almost dream-like quality to proceedings. We particularly enjoyed the silhouetted singing moment, while the recreation of a firework display simply by reflecting the lights in the pianos was a joy to behold.

It’s really rather difficult to find fault with this production of Summer and Smoke. It’s a beautiful looking and sounding production of a superb play, with first-rate acting throughout. Utterly spellbinding.