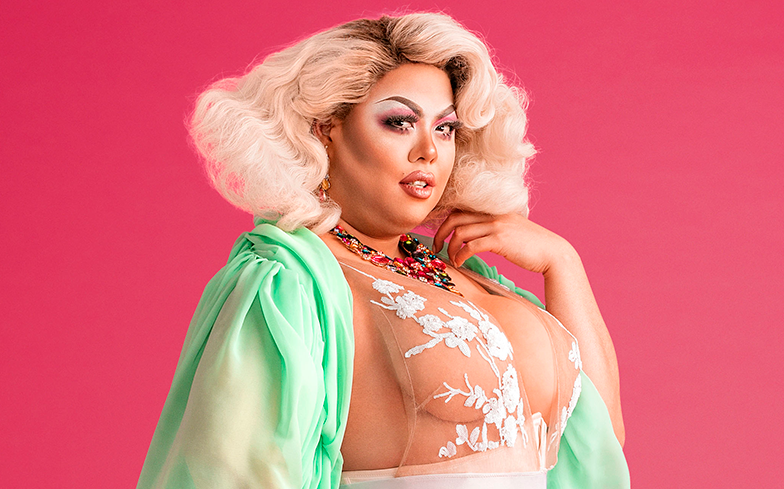 “I told Baga I wanted her to bleed from the undersides of her armpits.”

We cannot wait to see what Sum Ting Wong brings to the Drag Race UK werkroom.

When we spoke to the Manchester-born performer, she described herself as a “gross man” who “sits around in my pants smoking cigarettes whilst scratching my knob through my tights” – which we love and totally relate to.

Sum Ting is inspired by pop artists such as Little Mix, Ariana Grande and Mariah Carey, and auditioned for the series to represent Asian culture, showcase her skills as a dancer, singer and comedian, and of course, to raise her booking fee.

We asked the star what her style of drag can bring to the franchise and she admitted, very honestly: “Nothing that’s not already been seen. Like, real talk. There’s nothing new about me at all. I wanted to get on because I watch the show and I love it.”

Sum Ting compared Drag Race UK to the first two seasons of the original, and teased pure British humour when the queens interact. “I told Baga I wanted her to bleed from the undersides of her armpits.

“It’s nowhere near as serious as the US version, we all want the best for each other and no one says anything out of malice.”