Studio 54 director Matt Tyrnauer on the birthplace of true diversity 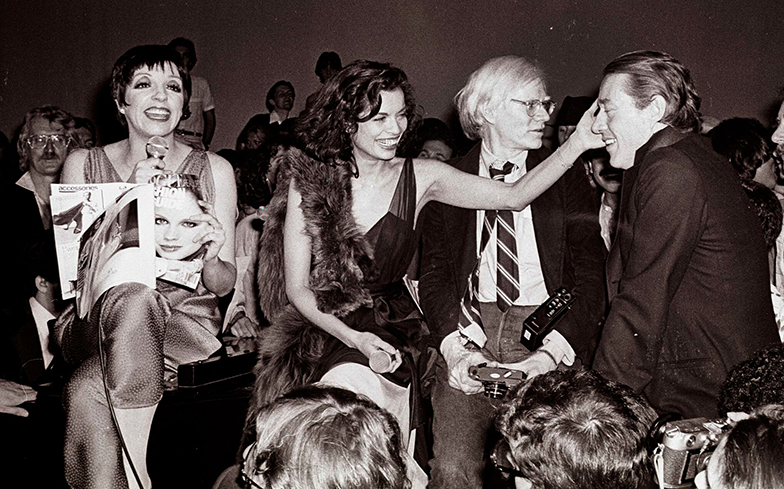 When Studio 54 swung open its doors in 1977 it was like the birthplace of diversity – a place where gay guys and gals and drag queens could rub shoulders with the likes of Liza Minnelli, Grace Jones, Andy Warhol and any other celeb you’d care to name.

As we give five stars to a new documentary about the legendary NYC nightclub, we chat to its gay director Matt Tyrnauer about its rise and fall and how it welcomed queer culture in a then very unwelcoming city.

From making the film what were you most surprised to learn about its heyday?
We’ve all been lead to believe that it was the celebrities who were the heart and soul of the place, but that’s not really the case. Of course they got the most attention because that’s the way the world works, but you could have five world-famous people in there or maybe more than that and they’d be in the newspaper the next day but there had to be hundreds more people in there to make it a party and to make it fabulous.

So who were those people?
It was a collective of New York society. It was LGBTQ culture – with transgender people as major pillars of the club because that era was like the rise of the drag queen in NYC – plus African – American culture and people who were adjacent to the arts like stylists, fashion editors, hairdressers, designers. They were the core group who got the party off the ground every night.

Why do you think the LGBTQ community in particular was so drawn to the place?
New York was a very different place then. It was a homophobic time where gay culture was starting to emerge as a kind of underground movement that was increasing in prominence and importance. The club scene in New York was very gay-driven and Studio 54 was no exception. Gay culture was having an extraordinary moment and one thing you see play out tragically in the film is that that moment was cut short by the HIV/AIDS crisis. If it had continued to rise without that tragedy what would the world look like today? But the world changed irrevocably in the early 80s.

Do you agree that Studio 54 was the birthplace of true diversity?
Yes, I do. It’s complicated because as Andy Warhol famously said, it was a dictatorship on the outside but a democracy on the inside. The velvet rope outside was very controversial at the time, but once you were inside the club there was a community in there that was indeed very diverse and very welcoming and it was what we would call today a safe space for a wide array of people who lead alternative lifestyles. That’s a beautiful and important story and I think it’s why Warhol, who was ahead of his time in so many ways, loved it so much – plus, of course, he was a celebrity obsessive, but I think he really responded to the cultural and sociological diversity.

From what you can gather, was Steve Rubell, the gay man who co-founded the club with his straight friend Ian Schrager,  happy with his sexuality?
Happy with his sexuality, I can’t speak to. I think he was very much a product of his time and place. He was a lower middle class Jewish kid from Brooklyn in the 50s and 60s, which was not a hospitable environment in which to be a gay man. He lived his life the way many gay people lived their lives at that time – they played it cool or kept it under wraps or told some people but not others. There was no coming out, really, for someone like Steve Rubell or if there was it was an exception to the rule. Studio 54 was in a way Steve’s coming out on the grandest scale imaginable. He was the ringmaster of the most polymorphously perverse sexual place in the history of New York and maybe the world. What a great environment in which to experiment with your sexuality.

If you could go back in time to those heady days, who would you most like to rub shoulders with on the dance floor?
I doubt he’d be on the dance floor, but it’d be Andy Warhol. I think he’s the most important artist of the 20th century. From what I understand from people who knew him, he wasn’t much of a conversationalist but even three words that are non-sequiturs would be interesting coming from Warhol.

What do you hope people will take away from seeing the film?
I think people think they know the story of Studio 54 but it’s not just a story of celebrity, sex, drugs and disco, it’s actually a very human story. At its core it’s a love story between two men – one gay and one straight who were best friends. They had a child together and that child was Studio 54. There’s something so moving to me about a relationship that close which produced something so significant and lasting.

You’ve tackled other queer stories like those of designer Valentino and gay pimp Scotty Bowers. What draws you to strong queer themes?
That’s intresting to think about, but I think art and filmmaking and writing are in part journeys of self discovery. I’m very attracted to narratives that have elements of gay culture in them because it’s an important part of everyone’s lives, not only my own, and I think they should be highlighted because often those stories are left to linger in the shadows. I think it’s a very good thing to bring to light.

Studio 54 is now available in cinemas and on demand.