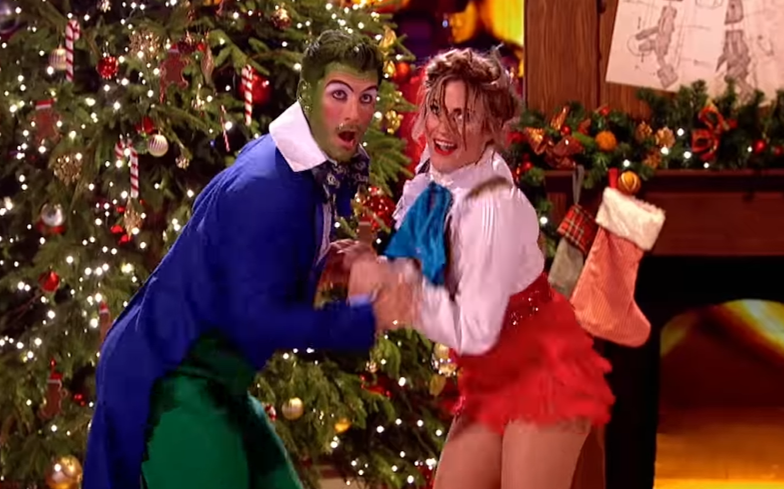 “She never had it to begin with.”

The main series of Strictly may be over, with Stacey Dooley being crowned the winner, although over half of our voters wanted Faye Tozer to bring the trophy home. However, there’s always the Christmas special to send the year off in a dancing fashion.

And as per the series tradition, the show brought back some of its best and most memorable contestants, although unfortunately this time they brought back Ann Widdecombe. There’s no denying that Ann is a part of Strictly history, being one of the worst contestants to ever ‘grace’ the floor, with her routines resembling comedy shows rather than dance routines, but given her anti-LGBTQ vitriol, which she was still showing earlier this year, did we really have to see her back?

The show kicked off with a serene routine which saw us introduced to this year’s festive competitors, including Anita Rani, Aston Merrygold, Ann Widdecombe, Michael Vaughan, Jake Wood and former champion Caroline Flack. The cute routine definitely set the mood, but Ann got a lot of screen time when compared to the others, and when you have one of the most highly decorated Strictly champions on the show, she shouldn’t be the star.

me running into the arms of whomever is serving drinks#strictly pic.twitter.com/gJOB6yZlp5

Anita Rani was the first celebrity to take the floor, and she danced a magnificent foxtrot. She looked so much more comfortable doing the dance than she did when she did it in the semi-final back in 2015, with the camerawork really excelling during their ‘flying’ section. Odd to compliment the camerawork during a dance routine, but hey. Anita definitely set the bar quite high early on, but would it have been too much of an ask to have brought back her former dance partner Gleb for just one more spin?

Next up was Aston Merrygold, and he had a score to settle following his criminally early elimination last series. I imagined a jive would really suit Aston, and I was proved right as he was incredible in it. One of the main reasons to remember Aston was some of his death-defying moves like his splits during the cha-cha or the coffin jump during his paso, and here he did a full on death drop and immediately got back up. And as much as I hate backing dancers, Johannes and Katya were perfect in their roles.

Then Ann Widdecombe descended to the floor. And considering how much a part of Strictly history she is, the routine was ultimately disappointing. I wasn’t expecting her American smooth to resemble one in any way shape or form, but I was expecting a little bit of comedy. And the most we got was seeing Anton in drag, and even him dragging her across the dance floor didn’t tickle as much as it used to. Perhaps they should have just replayed their Titanic-themed rumba…

A Jive with kicks, flicks, and added back flips! You sleigh @AstonMerrygold and @JManrara 🎄 pic.twitter.com/ncNWHElHoh

Michael Vaughan didn’t impress much either. He was hardly the most natural mover, despite making it to the quarter-finals back in 2012, but I was expecting a little more rotation in his Viennese waltz. There were some absolutely beautiful moments, and their lift at the end of the routine was one of the best of the show, but ultimately it didn’t restore the Christmas mood that Ann took away.

But, Jake Wood’s cha-cha did. Snake hips was back, and he was showing them all the way. I’d much prefer all Strictly pros to have a partner during the series, but waiting to see what Luba could come up with was worth the wait. Hopefully next year she’ll graduate onto the main floor and showcase more of her choreography.

And the show closed out with Caroline Flack. Now, Caroline is my favourite Strictly contestant ever, so fair warning I might be a little biased in this section. But when she was doing a charleston, something that she was famed for on the show, the routine was always going to be something special. She had a great story throughout, and really connected with the fairytale that she was given. My only possible criticism is that Caroline should’ve done the Christmas special during the years that Pasha had been eliminated early, because their routines together were simply magical.

Following the performances there two sweet interludes, but then it came to crowning the Christmas champion. And as much as I loved Caroline, I was not surprised to see Aston win the trophy and finally redeem himself. Yes, he should’ve lifted the real one last year, but at least he was able to deny Ann an undeserved win.

And to help you get back into the Christmas mood, you can watch Aston and Caroline’s routines below.