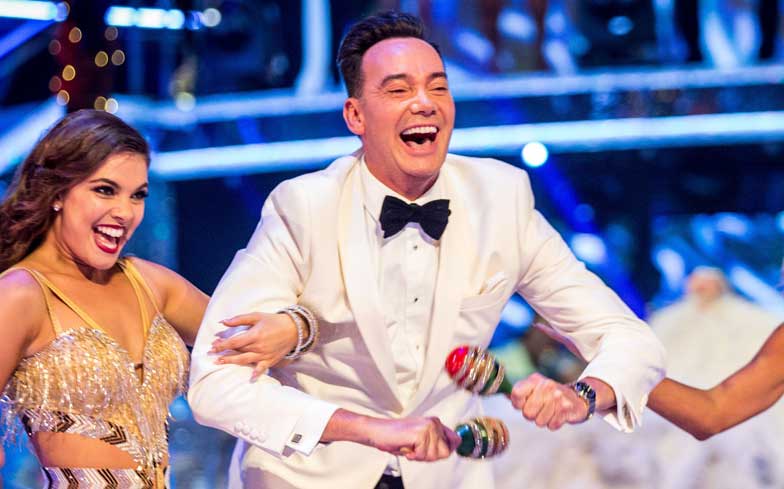 The acid-tongued judge revealed all to the Daily Mail.

In a new interview, Strictly’s Craig Revel Horwood has revealed how he intends to get married to his boyfriend, Jonathan Myring, who is 21 years his junior.

Horwood made the admissions as he spoke to the Daily Mail about the pair’s plans for Christmas. “I honestly hope Jonathan and I will get married,” he said, before quickly adding: “But there won’t be any children — that’s a step too far.”

And opening up about his Christmas plans, Horwood said that he would be spending the festive season with Jonathan’s family. “It’s been 10 months since we got together and this is serious — I am about to spend Christmas in the bosom of his family down in Sussex,” he said.

“It will be very traditional with lots of children running around. I love it, I will even be doing some cooking. I’m very good at stuffing.”

And while Craig is doing his stuffing, Strictly’s annual Christmas special will be airing. This year the show is welcoming back Series 12 champion Caroline Flack, alongside fan favourites like Aston Merrygold, Jake Wood, Anita Rani, Michael Vaughan and — shudder — Ann Widdecombe.

Earlier this year, the Strictly judge made the case for same-sex couples to compete on Strictly Come Dancing. Speaking on Good Morning Britain, he said: “I’m totally for it. I don’t see why a woman can’t dance with a woman or a man dance with a man, you just have to choose who goes backwards and that’s usually who is shorter. It’s an easy thing to achieve.”

And Craig and fellow judge Bruno Tonioli have been involved in some of the show’s best moments this series as the two judges frequently exchange shady remarks when they disagree with one another, including this moment that is just too good not to watch again.

We're still getting over this shady exchange between Craig and Bruno TBH 😂 #Strictly pic.twitter.com/cB2n2jwDW3