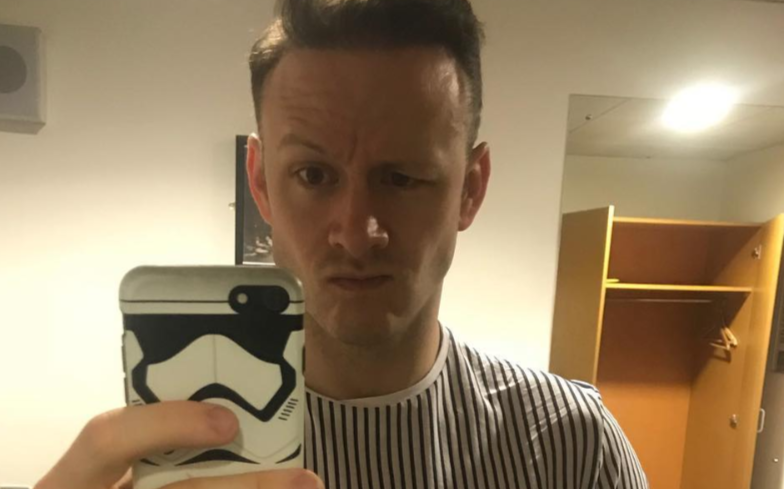 The BBC has already confirmed that same-sex couples won’t feature on this series of the hit show.

Some things are a certain when it comes to Strictly Come Dancing, there’s going to be lots of glitter, lots of dad dancing, and of course mixed-sex dancing.

Debates about same-sex couples on Strictly have been going on for a few years now, and plenty of people have had their say, including former contestant John Sergeant, judges Shirley Ballas and Craig Revel Horwood, former pro Gleb Savchenko and current pro Aljaž Skorjanec.

Most speak out in favour of the move, and now another Strictly star has had his say, and that’s pro dancer Kevin Clifton. Or as he’s affectionately known as, Kevin from Grimsby.

On Twitter, a gay fan of the show asked Kevin: “As a gay man who loves the show (and thinks you are brilliant), I’m curious where do you stand on same sex dance partners? Would you be open to dancing with a guy if the show put that to you?”

Responding to the fan, Kevin wrote: “Just to be clear I’m not involved in any of these decisions. But if that’s what they wanted then i’d have no problem with it.”

Just to be clear im not involved in any of these decisions. But if that’s what they wanted then i’d have no problem with it. https://t.co/Crgs7FKYmc

His comments are very similar to those of another pro dancer on the show, Aljaž Skorjanec, who in an interview with the Huffington Post said: “I’ve never actually spoken about it that much, but I’m always going to come in and do the best job I can. It doesn’t matter who it is or what sex they are.”