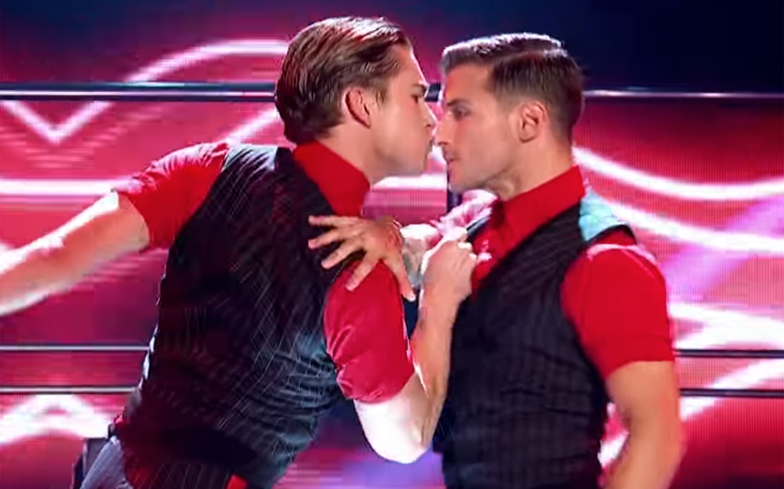 Many have campaigned for the show to introduce same-sex dancing.

The BBC has said it is “completely open” to the idea of same-sex couples competing on Strictly Come Dancing. The move would come after years of campaigning for the show to make the move.

A BBC spokesman said: “Strictly Come Dancing is an inclusive show and we are proud to have featured same-sex dancing amongst the professional dancers in group numbers in previous series.

The statement was issued after the Daily Mirror claimed a show insider had told them same-sex pairings would happen next year.

“Having previously thought it was unnecessary, it has dawned on people at the BBC that the original British show looks a bit backwards in not having embraced the notion of a same-sex couple,” an unnamed source told them.

The source also made reference to Courtney Act, who competed on the Australian version of Strictly, and practically slayed the competition.

So far, Strictly has only featured same-sex pairings in its professional routines, and this only began last year. After airing its first same-sex pairing, with dancers AJ Pritchard and Gorka Márquez many took to social media to praise the strong routine.

It’s also received backing from Courtney Act, who said in an interview with GAY TIMES: “Absolutely, and I think there’s got to be a same-sex couple on Strictly this year. There just has to be.

“It’s not even a question in my mind. It would just seem really weird not to. And I mean, Craig Revel Horwood was a judge on our version as well, and he’s a judge on Strictly, so I think it’s definitely time.

“Because like, any excuse about the traditions of ballroom dancing and all that sort of jazz, it kind of starts to sound a little bit awkward now that we’ve done it in Australia.”

Strictly Come Dancing will return to our screens next week on 7 September. And if you haven’t caught who’s in the cast this year, we’ve got you covered right here.