Strictly Come Dancing delivered another stellar show, but who doesn’t deserve to head to Blackpool? 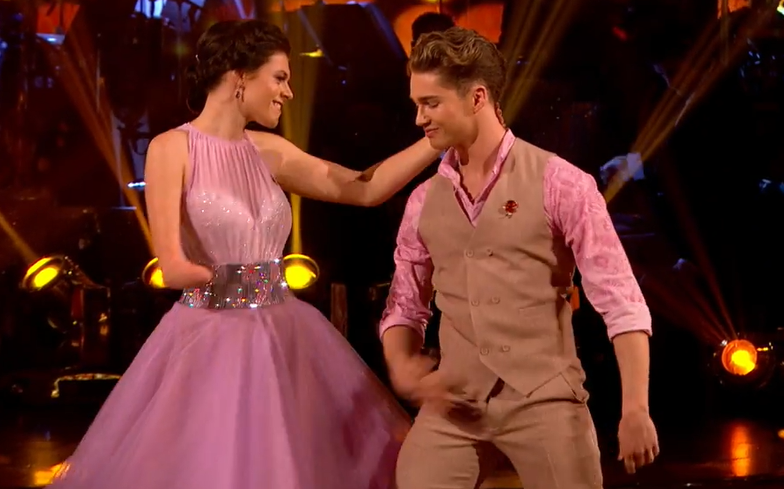 “Fingers crossed you get to Blackpool, I want to see another one of those.”

We’re just about to head to Blackpool for Strictly’s annual Blackpool Tower extravaganza, and as is the general tradition in the week before Blackpool, the crew of Strictly attempt to break a world record for how much the word Blackpool can be said in one show. And although no one was keeping count, those of you at home playing the drinking game would have felt a substantial buzz.

The sambas were a little bit confusing though, I genuinely felt that Danny John-Jules performed his samba better than Joe Sugg’s, and yet he ended up at the bottom of the leaderboard, while Joe ended up in the middle part of the leaderboard. But more devastating than that is Craig and Bruno not having their weekly shade-fest, instead we had to settle for Bruno edging his chair away from Shirley after she made a negative critique.

For the first time this series, last week saw the first person to be eliminated who wasn’t at the bottom of the leaderboard. Dr. Ranjie was the unfortunate person who danced their last, and I feel like it was the wrong decision. As much as Dr. Ranj and Charles shouldn’t have been in the bottom two, Charles’s footwork didn’t seem up to scratch, while Dr. Ranj seemed to have nailed his performance.

And last week’s poll delivered another decisive victory as Joe Sugg’s paso doble netted him 44% of the vote. Stacey Dooley’s amazing street performance and Faye Tozer’s powerful tango also saw them finish high in the results with 17% and 13% of the vote respectively.

This week’s show kicked off with Kate Silverton’s quickstep and after a few difficult weeks for her, it was extremely nice to see her get back into the groove of things. I don’t know if she’s still suffering from the muscle injury she sustained last week, but if she was she certainly didn’t show it as the whole performance flowed.

Now, you already know my thoughts about Danny John-Jules’s samba. I liked the whole feel of it, and the performance put a massive smile on my face. Maybe he was a little tough with Amy during the routine, but given its performance value, I feel like it should’ve gotten a higher mark than what it did.

But then a dance that myself and the judges did agree on was Ashley Roberts’s contemporary routine. Much like with Lauren Steadman’s contemporary from earlier on in the series, I felt the emotional connection and I saw the emotional power. No idea what Craig was on about with his breathing comment, but this dance would have been deserving of this series of Strictly’s first 40.

Graeme Swann’s performance on the other hand, was not. There was no denying that his salsa was just pure entertainment, but that’s all it was. I didn’t get a salsa feel from it, it felt a bit more like a freestyle dance. Which is slightly the opposite for Faye Tozer’s jive. Maybe where it’s her dance partner, Giovanni’s, favourite dance I was expecting something a little extra. It was a perfectly fine jive, but from this pairing I was just expecting something to wow me, but it never did.

And although Stacey Dooley suffered a slight drop in her scores, she still delivered a beautifully romantic waltz to one of the most well-known waltz songs in history. Joe Sugg also suffered a drop in his scores, but this was more deserved. Like Graeme, he had a performance value, but it just didn’t feel right for me. I’m not saying he was overmarked, but Danny’s samba should’ve been closer to this score.

Meanwhile, Lauren Steadman came out and danced her socks off. I was starting to lose hope in Lauren a few weeks back, but she has really come out of her shell and she is still showing it. I was completely entranced by the whole performance and just wanted it to go on and on for the rest of the night.

And despite getting a higher score, Charles Venn couldn’t really compare to the dance before him. He definitely delivered a great charleston that should see him safe from the bottom two, but his performance was sadly lost on me because of Lauren’s get routine just before him.

Much like Halloween, as much as I thought I should vote Ashley, I do consider her to be fairly safe so I went for a different performance that mesmerised me. And if you missed the above two paragraphs, yes, it was Lauren Steadman’s Viennese waltz that got my vote, and will hopefully see her in Blackpool.

And you can watch both Ashley’s and Lauren’s beautiful performances below.

And with last week breaking this series’s tradition of the lowest-scoring going home it really is now anyone’s game. Most money will probably be on Danny John-Jules, not only was his performance (undeservedly) at the bottom of the leaderboard, but he’s had a tough week in the press with reports of him and Amy falling out. Graeme’s routine was fun enough that it will probably see him through, but with Kate being near the bottom of the leaderboard, and Stacey and Joe falling into that dangerous mid-table section any one of them could be at risk.

But who performed your favourite dance of the show last night? Let us know by voting below.