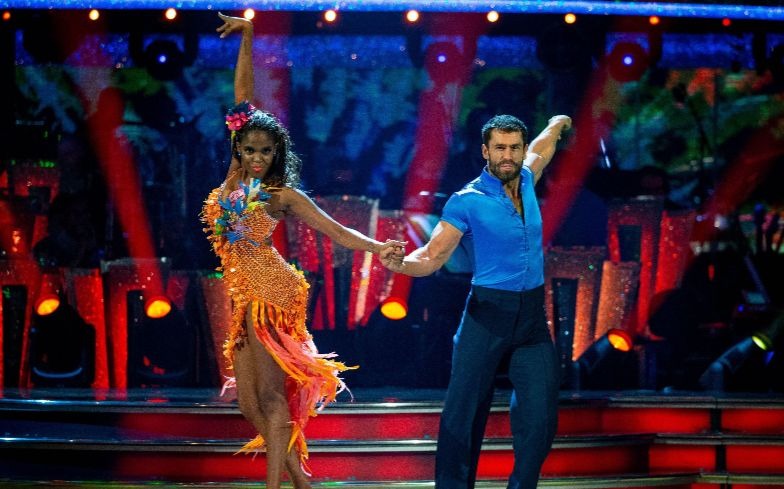 The show has crowned its winner following one of its strongest series in years.

As obvious as this may sound, this article does contain spoilers from last night’s Strictly final. So if you haven’t watched it yet, and intend on seeing it, you may want to skip this.

Last week, the Strictly celebs had to cope with two dances, and predictably it was comedian Chris Ramsey who fell at the final hurdle. Chris had a great run on Strictly, but was no match for CBBC star Karim Zeroual, who thoroughly defeated him in the dance off.

And Chris’s elimination laid the groundwork for what could be Strictly’s strongest final ever. Kelvin Fletcher and Karim Zeroual had talent flying out of every orifice, and while Emma Barton might not have shined as much in the Latin, she could certainly enchant as she twirled her way across the boardroom.

And as always, eliminated celebrities were back, so we saw old faces like Saffron Barker, Catherine Tyldesley and of course Michelle Visage. And it was great to see that even after his injury, paralympian Will Bayley was able to return.

In probably our closest poll all series, voters chose Kelvin Fletcher’s quickstep as the best dance from last week’s show, although Karim Zeroual’s American Smooth was a close second. The split being 57% to 43%. And while we won’t have a poll for favourite dance of the night, feel free to vote for who you wanted to win, by following this link here!

The pros kicked off another insane routine, but this felt a lot more hurried than in previous years, and the finalists were soon upon us, dancing a judge’s pick to a dance they wanted to see improvement on. But I feel like their selection has gotten weaker as the years have gone on, it used to be a dance that genuinely needed sorting out, now it’s pretty much an easy ticket for the celebs to gett high scores.

Karim Zeroual started out by needing to ‘improve’ his near flawless quickstep, and it was just as sensational as it was the first time he danced it. The magic was all there, and it was clear this kid can ballroom dance, it was no surprise that Craig got his 10 paddle out.

It was a surprise that he didn’t get it out for Emma Barton’s Charleston though. After having to change the routine up due to the lack of backing dancers, she really delivered and it was miles better than her original go at it. If her professional partner Anton du Beke ever deserved full marks, it was with this routine.

And the dance that Kelvin was doing again was his rumba that initially sent the temperature on the judges’ table soaring through the roof. It always feels difficult to comment on a rumba, but his hips moved in godly ways, and the sensuality was clear.

The next dances the couples tackled were the showdances, and honey we weren’t prepared for what was to come. Karim and Amy did a beautiful routine to Pink’s A Million Dreams, but yet is was missing that showstopping element that it needed to crack through for the votes. It almost felt like the dance could’ve been done on a normal Strictly week.

Emma’s showdance, while more impressive than the last shot Anton had with one, was also quite the disappointment. She almost looked like she wasn’t feeling the dance, and this was a pretty big let down on that front.

But Kelvin and Oti were prepared to wipe the floor with them. This showdance was everything would want from a showdance and more, it delivered perfectly and was quite possibly the strongest dance that has ever been performed on Strictly. Period! For Strictly fans, this was our Sorry Not Sorry lip-sync moment.

And to top that dance off, Claudia Winkleman made a small mess of the show, when she tried going to the leaderboard before Kelvin and Oti had even heard their scores. The 40 was well-earned.

And the final challenge the celebs had to face was doing their favourite dance from the series. It was a little bit of a surprise that Karim chose his jive over some of his ballroom achievements or even his Charleston, but honestly seeing that dance again was one of the highlights of the night. Karim can jive, and the nation knows it.

Emma and Anton reprised their beautiful Viennese waltz, and much like the first time, this dance was a showstopper. We rarely get to see Anton dancing with someone who is actually capable, and we are lucky to have seen the magic that Emma Barton was capable of creating.

And to top the show off, it was Kelvin and Oti’s samba all the way from Week 1. Going into this series of Strictly, we hadn’t seen Kelvin dance, due to him being the last-minute replacement for Jamie Laing, but when he first performed this number everyone took note. Kelvin didn’t dominate the competition like it looked like he could, but this samba was his strongest moment.

Following the dances, we got a lot of filler as votes were all counted and verified. Taylor Swift performed Monsters, and she was as incredible as the dancers surrounded her, but then we got to on of the highlights of any Strictly final, the return of the eliminated celebs.

We got to enjoy the best highlights from all their routines, like the moves from Catherine and Johannes’s Charleston, which still ranks among our favourite routines of the series, and the power that Michelle Visage exuded was sensational again. The fact she came out to Glamazon made it even better, although we shouldn’t have waited until the final for her to be boogieing to a RuPaul hit.

But when all was said and done, there was only one winner. And it was pretty obvious that the crown would be going to Kelvin Fletcher. He was an amazing dancer throughout the competition, scoring the year’s first 10s, and while at one point in the middle it felt like he’d vanished, after his Blackpool jive he was well and truly back, and didn’t let anyone in the competition forget it.

Watch the best dances from the finalists below (or by following links here, here and here), and let us know who you think should’ve won in our poll by following this link. Sadly as they were eliminated, you can’t vote for Michelle or Johannes, but we all know they were the true winners of Strictly 2019.

Strictly Come Dancing is back one more time this year for a Christmas special. This will air on BBC 1 at 4:40 pm.

Pay It Forward this holiday season with GAYTIMES+