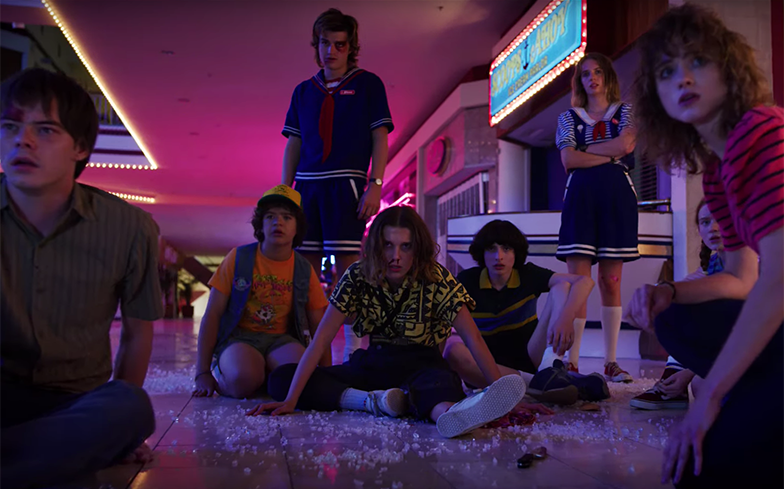 Warning: Minor spoilers for Season 3 of Stranger Things below.

The third series of the hit show follows the main cast in 1985, as they navigate puberty, a mall, rabies-ridden rats and the Russians. So far, so Stranger Things.

But in the seventh episode of this eight-episode series, the show introduces its first LGBTQ character. After escaping a Russian facility, fan favourite Steve Harrington and new character Robin hide in a bathroom.

Earlier in the series, Robin had confessed to being obsessed with Steve, and in the moment he confronts his own feelings for her, telling her that he has developed feelings for her.

However, Robin then reveals the reason she was obsessed with him was because she had a crush on Tammy, who was crushing on Steve, and she wanted to know what he had that she didn’t.

Although it takes a small while for Steve to fully comprehend what Robin has just confessed to him, when he does the acceptance that he gives his friend will uplift LGBTQ fans.

Speaking to The Hollywood Reporter about the importance of playing an LGBTQ character, Maya Hawke, who plays Robin, said: “The great thing about Stranger Things is it has such a reach and so many people watch it in the middle of the country. Even a little gesture like having a gay character is a big deal.

“It feels wonderful to have a piece of that humanity involved in this giant action-packed drama. It’s such an amazing thing the Duffer Brothers did, stopping the whole show — there’s an action scene going on [elsewhere in the episode] — and it stops for a seven-minute conversation between two people who really care about each other. It’s a really beautiful thing. I feel really lucky that I got to play that.”

And many fans loved Robin’s coming out.