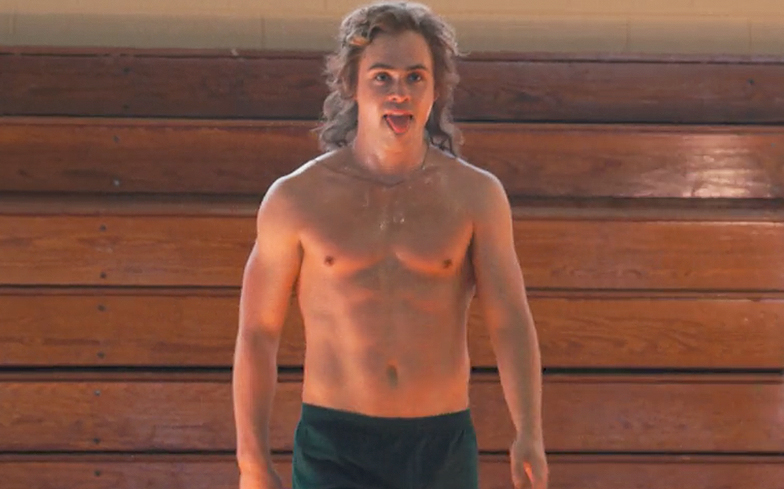 One of the newbies was Billy (played by Dacre Montgomery), whose mullet and muscles caught all of the girls’ eyes at Hawkins High School.

The mysterious character is confrontational throughout the series, not less with Hawkins heartthrob Steve.

Fans dissected the tension between them and speculated that Billy could be lashing out in this way because he secretly fancies him.

“Somebody touched on that the other day,” Montgomery told The Huffington Post. “’Is Billy attracted to Steve?’ And I was like, ‘No, I don’t think he is.’ I don’t think it’s like this confused, homoerotic kind of thing.

“I think it’s literally he’s threatened by all these characters in his life.”

But a character who is most threatening to Billy in Stranger Things 2 is his abusive father Neil, who in one scene calls his son a “faggot”.

Montgomery said the language used in the scene was “extremely jarring,” and revealed that some further abusive words were actually cut from the show.

But in this particular instance, he argued that it was important that it remained.

“It does scream so many things about the time and about how freely this particular character [uses] this word,” he said, “so I think it says a lot more than what a douchebag my dad is. It’s the beginning of a lot of stuff.

“We sort of chatted a bit with [Stranger Things creators Matt and Ross Duffer] about humanising the villain and seeing Billy as a real person.”

And if like us you’re obsessed with the 1980s soundtrack featuring the likes of Joy Division, Olivia Newton-John and The Psychedelic Furs, the official Stranger Things soundtrack is available to download now.