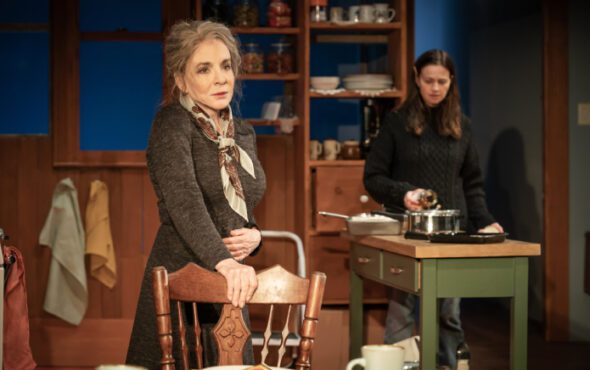 Marsha Norman’s Pulitzer Prize-winning drama has been revived at the Hampstead Theatre – where it originated – in a new production directed by Roxana Silbert.

London’s Hampstead Theatre is continuing its 60th anniversary retrospective season of reviving plays which received their UK premiere there with ‘Night, Mother, Marsha Norman’s 1985 two-hander focusing on the lives of mother Thelma (Stockard Channing) and daughter Jessie (Rebecca Night). A shocking revelation early on in the play reveals that this may be the last night the pair spend together – over the course of 80 minutes we gain an insight into their lives and conversations unfold covering all the things they really should have spoken about more honestly over the years.

It’s a gripping revival which may not be an easy watch, but proves to be an absolutely fascinating one. It touches on a wide range of tricky topics – illness, suicide, divorce and more besides – which are considered with sensitivity. Bother Channing and Night are convincing in their portrayals and the mother/daughter dynamic works well. They’re two very different performances: Channing displays an impressive range, with panic and despair at the news interspersed with a natural warmth and humour; while Night, impressively, manages not to come across as wooden in spite of a role which demands she handles the situation with a clinical determination. 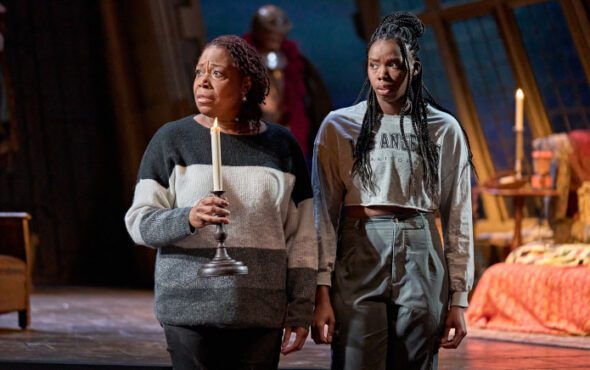 There’s a lot to appreciate here – this is a strong script delivered with a real sensitivity and delicacy. Although a little dated, most of the punchlines land well – there’s a surprising amount of (admittedly rather dark) humour despite the subject matter – and the revelations all unfold against a believably normal background. Mugs of cocoa are made and shopping orders are discussed while revelations that have been kept secret for years bubble to the surface.

We’ve recently said that, as we begin to emerge from the other side of the pandemic, we’ve really been enjoying the uplifting escapism that theatre can offer following such a difficult time. ‘Night, Mother doesn’t tick that box – it’s a pretty heavy going show, so we’d recommend getting expectations in the right place before going to see it – but it’s well worth picking up a ticket. It’s an impressive text and both Channing and Night turn in commendable performances, resulting in a gripping revival of an intriguing tale.