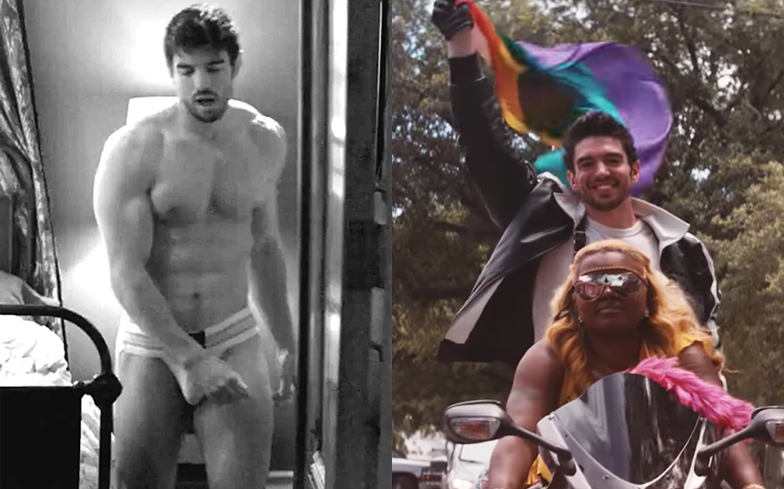 Steve Grand is the gift that keeps on giving.

The openly gay country music star and all-round hunk has released a brand new music video for his brilliant track Walking, which sees the singer play dress up, unleash his inner diva, and generally have tons of fun.

He also wears a jockstrap, which we’re totally on board with.

“Here is the lost-but-not-forgotten ‘Walking’ Music Video we shot in New Orleans all the way back in May!” he wrote alongside the video.

“My original idea didn’t quite pan out, but John Lavin (Director and Editor) did an amazing job with a lot of the silliness we captured!

“And after thinking on it for the last few months, I’ve decided a lot of you would probably still get a kick out of all the fun and behind the scenes silliness we had on the single day we shot all of this.

“So here is our cornucopia of crazy just in times for Thanksgiving!”