Starley on fighting depression and balancing religion with her sexuality 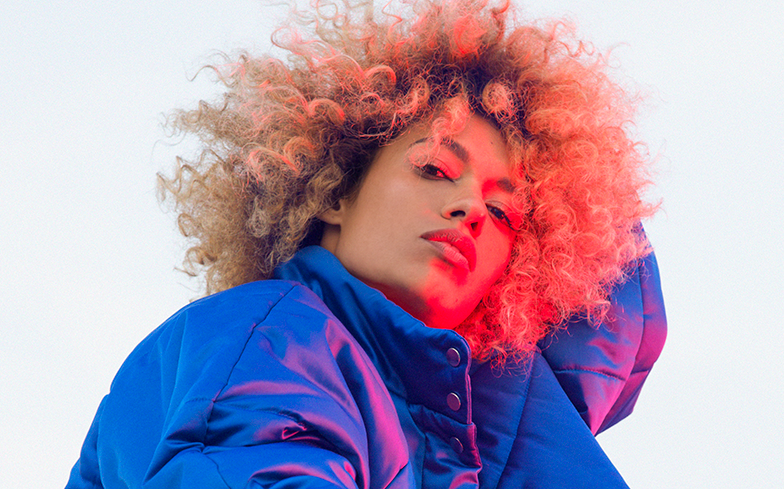 “I’m happier than I’ve ever been, and it’s not just because I’m in a gay relationship, it’s because I finally accepted myself for who I am.”

Australian singer/songwriter Starley made her debut in the music industry two years ago with her inspirational guitar-led anthem, Call on Me. Initially a moderate success on the charts, the track received worldwide recognition when DJ Ryan Riback remixed it into a club-ready, EDM-esque banger.

Ever since, Starley has been serving us pop-bops left, right and centre, most of which have flown way under the radar. Her latest single, Love Is Love, sees the star celebrate her sexuality and affirm to her father that she doesn’t have an “illness”.

“For other people who are LGBTQ and going through those things, I hope they can find a little bit of comfort in that story,” Starley tells us. “For me, I’m happier than I’ve ever been, and it’s not just because I’m in a gay relationship, it’s because I finally accepted myself for who I am.”

We spoke to Starley about her music, coming out to her family, and how she fought her anxiety and depression.

When did you realise you wanted to be a musician?
When I was super young. I used to sing in church, and I used to want to be a drummer, actually. That was the first thing I was interested in, and my mum wouldn’t let drums in the house because she said neighbours would go crazy. I think it was more of the fact that it would drive her crazy!

Who were your influences growing up?
When I was growing up, I loved Mariah Carey and Destiny’s Child. Then, I got really interested in Phil Collins and people that wrote their own music.

Is it important for you to tell your own experiences through your songwriting?
I tried to be a writer before I was an artist, but for other people. I think writing from just imagining it from someone else’s perspective never worked out for me. Some people can do that, but I’m not good at it. It turned out that I have to right from my own perspective if it’s gonna be at least half-decent.

Your 2016 single Call on Me was massive. Did you expect the success?
No way. I felt like it would be a slow build, and I believed in the song. I knew people would connect with it, and relate to it, but I didn’t realise that it would have the impact that it had at all. It came as a shock to everyone! [Laughs] The initial release, with the original version, was already doing quite well online, but then when the remix came out it was able to reach more people because it was uptempo. It was an amazing time.

Both of them combined have over 600 million streams. Like, wow.
At the end of the day, for me, I believe God helps me write. I don’t think it all comes from my brain. I pray before I write, and I think those words were just meant to go out. You have those experiences in order to share with other people and connect with other people. I just feel blessed that people would love it that much. I just feel happy. People would tell me how it affected them, and other awesome things.

You’ve also recently released Love Is Love, which a lot of fans have related to. Where did the inspiration come from?
Well, I’m in a gay relationship currently, and I’m very in love and very happy. But, I guess the main thing for me, was last year, I was kind of going through the hype of my career. It was the first time I had ever had success with my music, like real success. I was touring and having a great time, and a lot of it was hard for me because it was so new. There were quite a lot of people around all the time, and it was an interesting experience for me. At the same time, I fell in love with a woman. Most of my life – well, my whole entire life before that – I dated men. I never really opened myself up to that side of me, and I think I’ve always been bisexual, but I just really didn’t think in that direction because I grew up in church and it was a very restricted setting that I grew up in. And so for me, I never really allowed myself to go there. Becoming a woman, and just being more accepting of myself, I found that, ‘Oh, I don’t actually have a problem with this, I’m open to dating men and women’. Then, I met the girl I fell in love with, so I went through quite a hard time with my family last year after I had explained it to them. It was a bit of an issue, so I had to put it in a song, because it’s my way of therapy.

How is everything with them now?
My family have definitely gotten a lot better. We’ve definitely grown a lot, and I took my girlfriend home for Christmas, and they love her. It’s been really good. They’re slowly getting there, I think it’s still baby steps but they’re definitely more open and they’re trying their best to understand. I just want to appreciate the fact that I’m happy and in love. I try to be as transparent as possible, so they can feel that I’m trying to include them. Baby steps!

With sexuality and the older generation, the response is always gonna be a bit…
Yeah! [Laughs] It was one of those things where, because of their religious background they thought that this wasn’t the right way for me to go. They felt bad about that and almost guilty, I think. And that was the reason why we had so much trouble. It’s only because they loved me, so I knew that. We both just have to be patient with each other.

Have they heard Love Is Love?
Yeah they have. They haven’t given me any serious comments on it, which I don’t expect. I think I’m happier that they didn’t comment on it, and just let it be what it is. I’m a songwriter and I’m always gonna write from my heart and what I feel, so you can’t take that away from me. I’m never not gonna listen to what my soul is saying. I think they get the song, and they get why I wrote that.

What message do you want people to take away from the song?
I think the main thing for me is just love and acceptance. Even though it’s my personal story about me coming into my own and my gay relationship, I don’t necessarily think it’s just for gays. I think that people of all different backgrounds, cultures, religions, whose families don’t accept them, I want people to hear that. Even if we just opened their minds a little bit to think what it’s like to be in someone else’s shoes, I think that’s a conversation starter at least. For other people who are LGBTQ and going through those things, I hope they can find a little bit of comfort in that story. For me, I’m happier than I’ve ever been, and it’s not just because I’m in a gay relationship, it’s because I finally accepted myself for who I am. And whichever way I go, I’m okay to be myself and it doesn’t matter what anyone else is thinking, or wants from my life. It’s up to me.

Do you think it’s important that we have artists like you, talking about their own experiences in the industry?
Yeah. I’m very inspired when I see other artists speak out on their truths, and inspire other kids and adults from the LGBTQ community. I performed at an event recently that was a gay Pride at a school prom, and it was for these kids who weren’t able to take their partner to their prom, gay couples, and it was awesome. I feel like other artists are coming out and speaking about their experiences, and representing the community right now, so I think it’s a really fun time for everybody to find somebody that they’re excited about, someone they admire, and feel like, ‘If my favourite artist can do that, I can be who I want, and be comfortable’. I think it’s super important.

As a bisexual woman of colour, have you faced any difficulties in the industry?
Not yet. I’ve been in my relationship for the past year and a little bit, and I’ve spoken openly about it since. I haven’t received any backlash, and I don’t really care. I think that music always prevails. I really believe in good songs, so if you’re writing a good song, people will wanna listen to it. So yeah, I don’t mind if people have a problem with it, I’ll keep doing what I do.

You’ve been open in the past about your experience with depression, which is important to talk about. What do you hope people take away from that?
When I wrote Call on Me, I was really really depressed. I didn’t really know I was depressed. I think the important thing to realise is, you’re not so different, people do suffer with this, and there are people going through the same thing. It’s important to speak on it and allow other people to listen to you, otherwise you’ll be in your head all the time. When you’re able to speak on things, especially when you have the right people around you, I think it does lift the weight off your shoulders. I also found that the gym was a big thing for me in helping fight my anxiety and depression. Going to the gym, working out regularly, like every day, that was what I was doing. It really did help me quite a lot when I was at my darkest point. It didn’t make me feel a thousand percent better, but it did help me maintain until I found a place where I could see a little bit more light. Then, I put that into my music, and a lot of people with depression really related to my songs more than anyone. It’s funny that it went so viral because it means that a lot of people go through these things, even if we don’t know it. I’d say that finding help, working out, and trying your best to keep people around you that you can talk to helped me a lot.

My friend did the same with exercise, and had the exact same response.
It made a big difference for me. In the beginning, I went really extreme. I was exercising so much when I was really depressed, about three hours a day. I had a six-pack and my body was completely different, I was like an athlete. Because I was in England at that time, I then decided to move home to Australia, and when I did that, I thought about becoming a personal trainer and forget about music. That’s when I wrote Call On Me. I didn’t quite get there to become a personal trainer, but I almost did!

You’ve been releasing a lot of singles, can we expect an album?
Well, I just announced that I’m going on tour with Katy Perry next month, and so I’m currently wrapping up the album! I’m finishing all the songs, so it’s gonna be coming out sometime soon. I won’t say when, but I’m definitely going to be performing the songs on tour. I’m super excited!