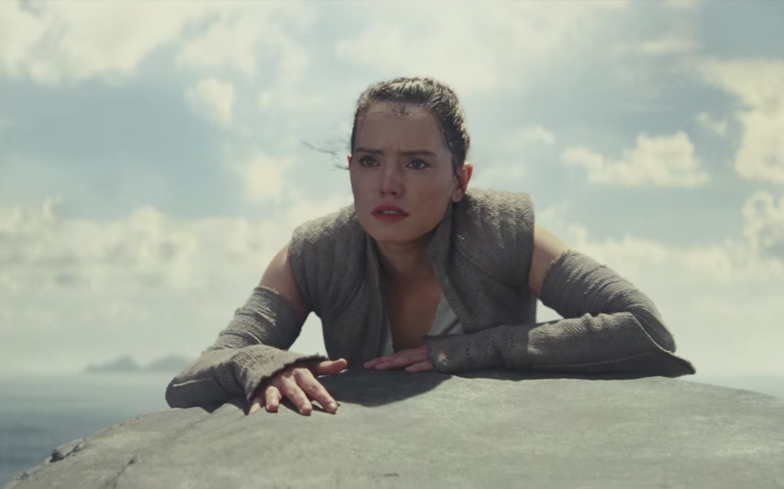 After last year’s spin-off, this one returns us to the main action, with Luke Skywalker, et al. Free of the time-consuming introductions that ate up a lot of The Force Awakens, The Last Jedi kicks off with a bang – and rarely lets up.

Rian Johnson is the director this time around, the first to be credited as both sole writer and director since George Lucas. He steps up to the mark, crafting a story that’s exhilarating and beautiful, albeit too long and with one or two unnecessary diversions that could have done with a rethink.

It picks up where the last film left off, with Rey (Daisy Ridley) on the island of Ahch-To in a bid to convince Luke Skywalker (Mark Hamill) out of retirement and into battle with the First Order. He’s unconvinced at first, brooding and satisfied that the Jedi religion is over and done. But soon he concedes to train Rey, who’s experiencing her own doubt and struggles.

The film then zips between a variety of perspectives, from Princess Leia (Carrie Fisher) and her attempts to lead the Resistance to safety to an inconsequential diversion that sees Finn (John Boyega) and mechanic Rose (newcomer Kelly Marie Tan) travel to a casino planet. This thread ultimately distracts from the main narrative and offers nothing but two skilled performances from Boyega and Tan. But where the film could’ve done with some tightening, it’s also beautiful and thrilling to watch. Of course there’s fan moments, but Johnson manages to take the film in interesting new directions that, come the end, leaves a third instalment wide open. The visuals, too, are sumptuous and CGI used in a way that’s entirely convincing, completely unlike what was seen in the prequel films that, to this day, are much derided.

The performances are uniformly brilliant. Adam Driver really shines as Kylo Ren, his internal battle beautifully captured by Driver’s facial expressions, and his connection with Ridley’s Rey an interesting dynamic that’s well played out. Hamill has far more to do this time around, while Fisher is the undeniable focal point of the entire film, her performance marvellous, heartwarming and ultimately sad due to her death not long after filming wrapped. It’s a worthy farewell to an iconic character.

Johnson, then, has done middle film that is darker, yes, but also entertaining, amusing (some of the dialogue and Domhall Gleeson’s wonderfully over-the-top performance as General Hux) and straight-up rousing. It easily could have lost some fat here and there, but that’s a criticism of most modern day cinema and not specifically against this film. And, to make everything perfect, there’s the Porgs, cute little creatures who steal every scene they’re in.