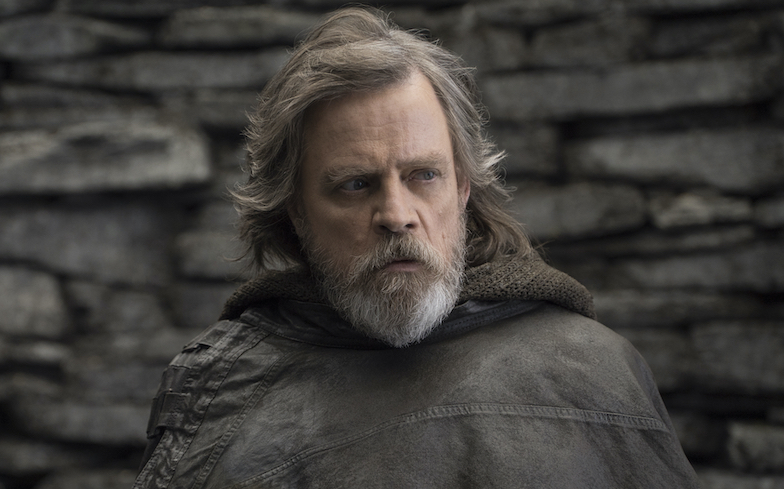 “I would like to also note that love is love. Whatever floats your boat.”

Mark Hamill has voiced his support for a romance between Star Wars characters Finn and Poe.

On his Twitter account, the actor – who has played legendary character Luke Skywalker in the Star Wars universe since 1977 – wrote: “Luke never met either Finn or Poe. So what they do behind closed doors, I guess I’ll never know…

“But I would like to also note that love is love. Whatever floats your boat.” He ended his poem by hashtagging “LGBTerrific.”

Earlier this week, Oscar Isaac (Poe) speculated as to why there wasn’t a major same-sex romance in Star Wars, expressing his support for a romance with Finn (played by John Boyega) after fans began ‘shipping’ the two characters.

“Particularly the dynamic between these two men in war that could’ve fallen in love with each other. I would try to push it a bit in that direction, but the Disney overlords were not ready to do that.”

While fans never got to see the Finn and Poe romance they longed for, The Rise Of Skywalker did feature a blink-and-you’ll-miss-it kiss between two women in the Resistance.

The kiss has garnered both praise and criticism – praise for being the first same-sex moment in the films, and criticism for how minor the characters involved are.

Director JJ Abrams defended the decision, saying: “It just felt like in this one scene of celebration, it felt like an opportunity to show [a same-sex kiss] without it being heavy-handed or making too loud of a deal.

The Rise of Skywalker, the final entry in the Star Wars sequel trilogy, is now available in cinemas worldwide.