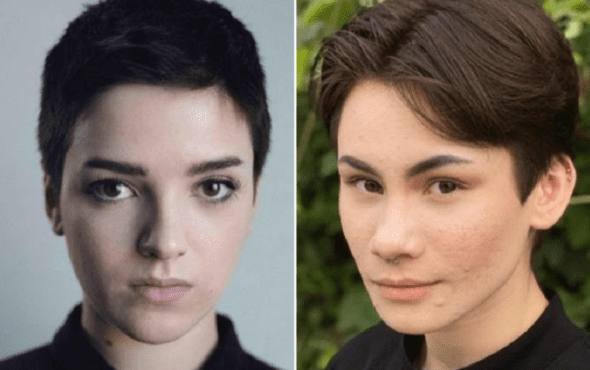 Blu del Barrio and Ian Alexander will be the franchise’s first non-binary and trans characters.

Star Trek: Discovery is boldly going where the franchise has never been before, as it introduces its first non-binary and trans characters.

Last night (2 September), it was announced that non-binary actor Blu del Barrio and trans actor Ian Alexander would be joining the latest series of the hit show.

Blu will be playing Adira, a non-binary person living in the 32nd century, who comes to find their home on the U.S.S. Discovery. Billed as “highly intelligent with a confidence and self-assurance well beyond their years,” Adira will quickly become friends with the show’s gay couple, Dr. Hugh Culber and Paul Stamets.

In an interview with GLAAD, Blu explained that Adira is an “introvert” and that their journey to revealing their gender identity was similar to their own experience.

Ian will be playing Gray, the first major Trill character in the franchise since Deep Space Nine. When the Trills were introduced in the franchise, it was an attempt to blur gender lines, as Trills were a species that combined with a humanoid host, and would possess the memories of both a Trill and the host. This meant that a female Trill could have memories of a male host and vice versa, with this being explored in the 1995 episode, Rejoined.

A small character profile from CBS says: “Gray is empathetic, warm and eager to fulfill his lifelong dream of being a Trill host, but he will have to adapt when his life takes an unexpected turn.”

The series has dabbled with gender non-conformity in the past, with the J’naii, who had evolved past the need for gender. However, this will be the first time in the franchise’s history that a trans or non-binary actor has been cast and that the character will be around for more than one episode. Plus it’s wonderful to see non-binary and trans actors in the role when they so often go to their cis counterparts.

Michelle Paradise, the co-showrunner of Star Trek: Discovery and executive producer, said they worked with GLAAD when creating the characters, explaining: “Star Trek has always made a mission of giving visibility to underrepresented communities because it believes in showing people that a future without division on the basis of race, gender, gender identity or sexual orientation is entirely within our reach.

“We take pride in working closely with Blu del Barrio, Ian Alexander and Nick Adams at GLAAD to create the extraordinary characters of Adira and Gray, and bring their stories to life with empathy, understanding, empowerment and joy.”

Blu will be making their television debut when the series returns on 15 October, while Ian has previously starred as trans character Buck Vu in The OA and as Lev in The Last Of Us Part II. Ian, who uses both he/him and they/them pronouns, is also an outspoken advocate for trans equality, racial justice and mental health awareness for LGBTQ+ youth.

Star Trek has a history of featuring LGBTQ+ characters, with George Takei’s Mr Sulu having a husband and children in one of the movies, Dr. Culber and Paul Stamets in Star Trek: Discovery, and Star Trek: Picard confirmed that Seven of Nine was in a same-sex relationship.