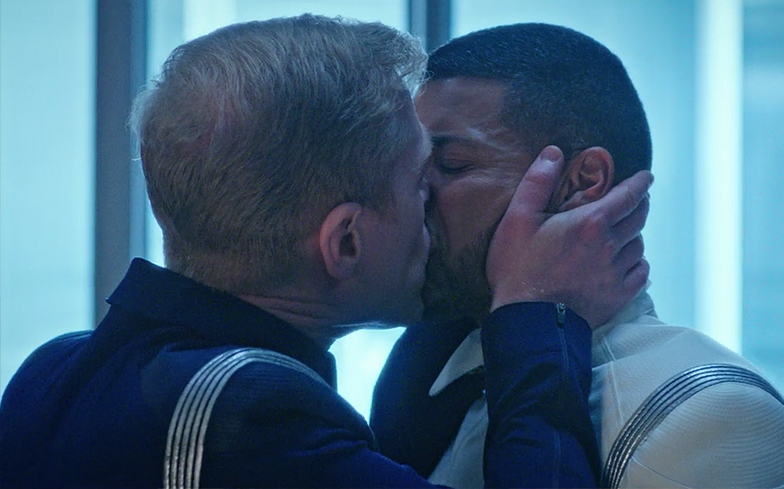 In 2017, Star Trek: Discovery made headlines by boldly going where no men (on the show) have gone before, by featuring the franchise’s first ever gay couple.

They quickly became fan favourites among Trekkies, and the show’s representation of LGBTQ characters has been widely celebrated – so what have the producers decided to do? Kill off one of the gay characters, of course!

The death was sudden, and came as a shock to fans, so unsurprisingly, they’re furious. See below.

Dr. Culber was literally the first Star Trek character that I could look up to and be proud to see someone like myself, a gay and latino guy, being represented in my favourite TV series. I was thinking about cosplaying as him in the future. Please tell me he's not dead. 😭😭😭😭

LISTEN UP STAR TREK I DO NOT APPRECIATE THIS KILL THE GAYS TROPE AT ALL. BRING MY GAY DOCTORS BACK THIS INSTANT

i dont have time for THIS PLEASEE DO NOT KILL THEM we finally have gay rep in my star trek they kiss like. 3 times and then you kill one and irreparably mind damage the other? BRIAN? BRIAN DONT DO THIS TO ME I SWEAR TO GOD

i can't believe star trek, of all the fucking shows, killed off a gay character to further the straights' storyline lmaoooooo

In an interview with Entertainment Weekly, the show’s creator – Aaron Harberts – said: “We knew that this was going to be shocking for an audience and for a community that has unfortunately been assaulted by this ‘bury your gays’ trope, but I’m an openly gay showrunner and my writing partner is nothing if not the most supportive person when it comes to LGBT portrayals on TV.

He also told CBS News: “We thought it was going to take a little while for the audience to bond with them, get to know the characters.

“We didn’t realize how this couple was going to resonate with audiences, and they bonded so so quickly. Our intention was to really start their story with what happens tonight.”

In 2016, GLAAD’s website reported that of the 895 series regular characters on television, 43 of them identified as LGBTQ. While this is the highest percentage GLAAD has found so far, it still only makes up 4.8%, so the death of Culber – a gay character represented so positively – is a huge disappointment.

Star Trek: Discovery – starring Sonequa Martin-Green in the lead role – is set 10 years before we see Captain Kirk and Spock embark on their adventures on the USS Enterprise.

The series airs on CBS in the US, and is available for UK viewers on Netflix.